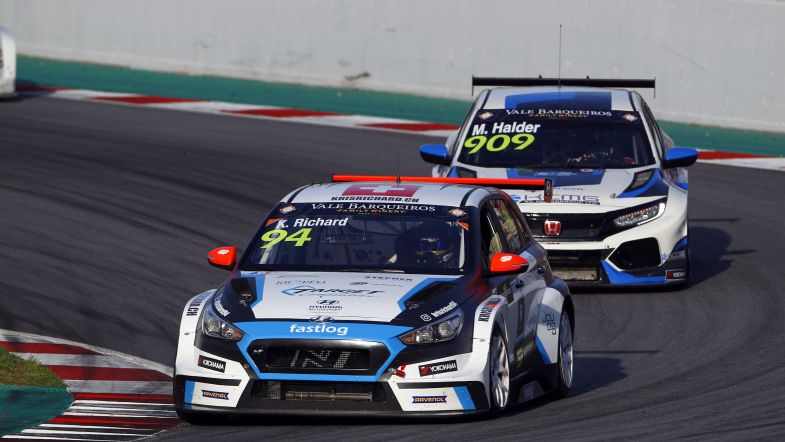 Target Competition’s Kris Richard has been excluded from the final TCR Europe series race of the season at Barcelona following an abusive tirade on social media.

The Swiss driver has also been thrown out of the opening race after which he initially finished eighth on the road.

Richard was already in hot water with race stewards after receiving a penalty post-qualifying for exceeding track limits. He then went on to lambast the race officials using expletive language in a Facebook post which has since been deleted.

The post originally said: “Stress is the result of the daily contact with idiots! #tcreurope #stewards” before adding: “Due to a ridiculous decision I have to start both races from P10 instead of P7 and P4.”

He then signed off with “#f**ckoff”

The stewards stated that Richard “had caused moral injury” which led to the decision to exclude the Hyundai i30 N TCR driver from the meeting.

The disqualification hurts his team Target Competition’s chances of securing the teams’ championship title in today’s final race, as they currently lie five points behind KCMG.