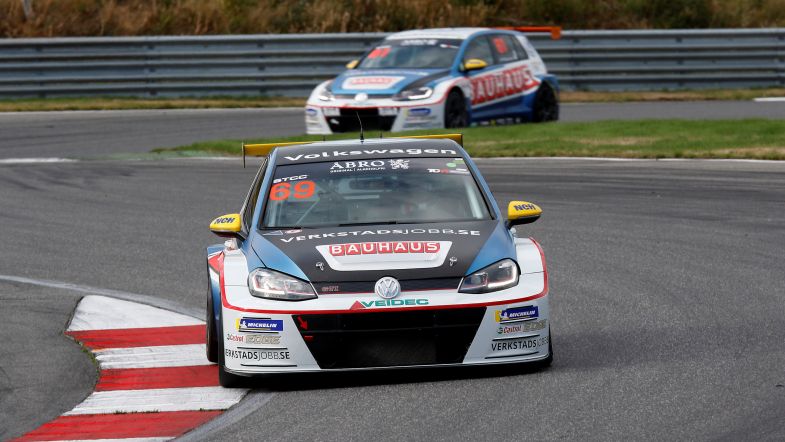 No STCC for Hugo Nerman after Porsche switch with WestCoast Racing

Hugo Nerman will not race in this year’s Scandinavian Touring Car Championship, after signing a deal to drive for WestCoast Racing in the Porsche Carrera Cup Scandinavia instead.

The 19-year-old from Rydebäck in Skåne last season drove for Kristoffersson Motorsport, finishing runner-up to PWR Racing’s Philip Morin in the junior trophy.

Now Nerman will follow Morin – who announced his retirement from motorsport last week – out of the STCC.

The announcement marks a return to WestCoast Racing, with whom Nerman claimed the Formula STCC title in just his second year of car racing, taking 11 wins out of 14 races.

“It’s fun to be back at WestCoast Racing again, we drove together for two years and know each other well which is a good prerequisite for our next challenge together,” Nerman said.

“I have not been able to think so much about what I can expect in terms of results yet. I know that it will be a tough challenge that will develop me as a driver and it makes me eager and expectant.

“This is going to be very fun. For me, this is the best opportunity to continue to develop as a driver. The car is challenging to drive fast and it is a great and good starting field so it feels like the right decision for me to take.”

Nerman is aiming to get his first taste of the Porsche in April and is hopeful his experience in single seaters and touring cars will help with making the switch.

He told TouringCarTimes: “It’s always a little bit unknown how the car will be, but I feel like it’s a great way to get better as a driver, and I hope to get to grips with the car quickly. It’s an exciting challenge.”

Team boss Dick Jönsson Wigroth believes Nerman can continue to develop as a driver in the STCC-supporting Carrera Cup this season.

“It will in many ways be a very new challenge for us as we look forward to. Porsche Sweden is making an interesting investment in Carrera Cup Scandinavia and has actively worked to further develop the championship,” he said.

“[Hugo] and Philip Hall were our first drivers in the initiative in Formula STCC, which led to Hugo winning the championship in 2017. We look forward to achieving new successes with Hugo in the Porsche Carrera Cup.”