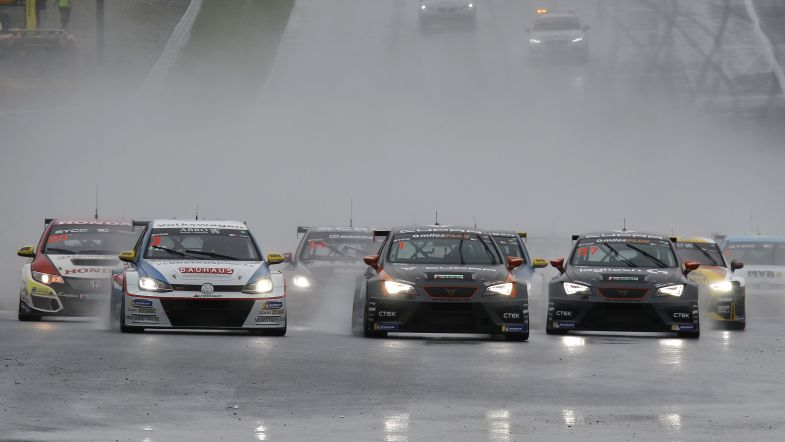 Emotional reactions on the bankruptcy of the STCC AB

The company behind the Scandinavian Touring Car Championship, STCC AB, declared bankruptcy yesterday and the reactions from drivers involved in the championship have been emotional.

“I am incredibly sad. Not only that it was -13 degrees when I woke up today, I got a nosebleed from reading this,” said the double champion Jan “Flash” Nilsson, founder and former owner of STCC AB, to TT.

“The STCC that has been the backbone for Swedish racing since 1996 died this morning. It is an era that goes into the grave.”

“There are many strong players within Swedish racing and several of them are right now working to put together the 2019 Scandinavian TCR championship,” said Daniel Haglöf, managing director and co-founder of PWR Racing.

“I feel confident in that the season is going to be performed in the best possible way under the current circumstances and we from PWR Racing will make sure to play our part.”

Micke Ohlsson drove for Brink Motorsport last year and is yet to confirm his plans while the team has confirmed two cars for the 2019 STCC.

“I think some kind of clean up was needed. They had two years with strong fields and the STCC should have taken off more than it has,” said Ohlsson to Sydsvenskan.

“They need to work more with social media, build the brand in a completely different way than they have done. The SBF need to take a more active part in this. We need prize money and they must build an elite class. Use our license money to something.”

Richard Göransson is the most successful STCC driver with five titles and will be involved in the new constellation running the championship in his new role as owner of the Gelleråsen Arena circuit.

“It is with a tear in my eye that I received the message that STCC AB has gone bankrupt. This is the championship that has enabled me to live my dream and make a living from it, ultimately enabling me to acquire Gelleråsen,” said Göransson.

“Now my mission will be to work on the ‘other side’ and continue to build Swedish motorsport as an organiser. Swedish racing has everything it needs to reach the level it once was on.”