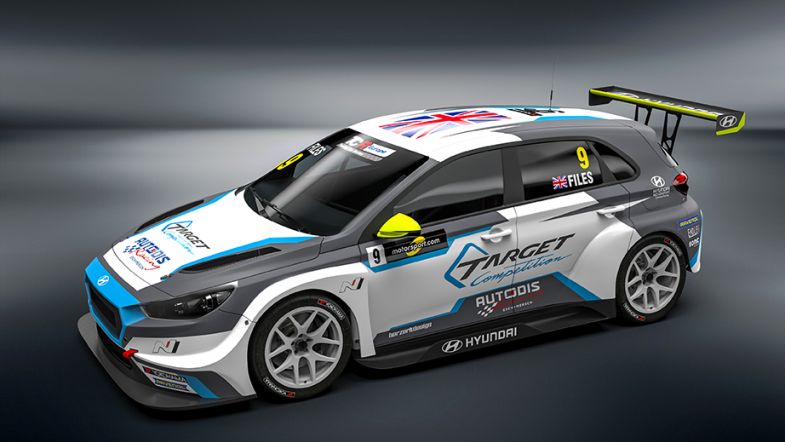 Josh Files has agreed a deal that will see him re-sign with his former team Target Competition for the 2019 TCR Europe season.

The British driver last raced for Target back in 2017, when he secured the ADAC TCR Germany title for the second successive season, before switching to KCMG for his European campaign last year.

Having finished sixth in the standings, Files will now hope to push for the title at the wheel of one of Target’s five Hyundai i30 N TCRs as he teams up with Mat’o Homola, Dušan Borković and siblings Andreas and Jessica Bäckman.

“I am super excited!” he said. “This year will be the hardest ever; that I am sure of given the level of drivers entering into the series. I have the ultimate confidence in Target Competition to provide me with a race winning car, now it’s down to me to get the job done!”

“Of course I am happy to be returning back to them, this is the team that I won my two German championships with after all, so it’s like returning home in some respects. However I must shout out to JAS motorsport as I have enjoyed three successful years driving the Honda, which has ultimately lead to this opportunity. I must also thank AirWalk for their continued support for what I’m sure is going to be a mega season!”

Andreas Gummerer, team principal at Target Competition, was pleased to welcome Files back into the fold.

“For us it’s important to have someone like Josh back in the team,” he said. “We’ve known him a long time and we know what he is capable of. With Dusan, Mato and the Backmans also, we are making our intentions clear this year!”