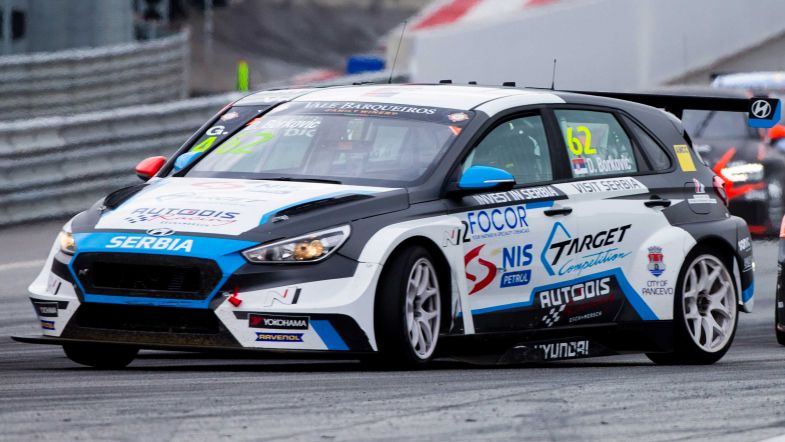 Target Competition driver Dušan Borković has been excluded from Race 2 of the TCR Europe series meeting at the Red Bull Ring due to misconduct in the paddock.

Borković was battling fellow Hyundai racer Nelson Panciatici for the top five on the final lap of Sunday’s Spielberg concluder when the duo made contact, taking Borković out.

Footage was later seen of the Serbian furiously sprinting across the paddock to confront Panciatici, whom Borković however mistook for his M Racing team-mate Natan Bihel.

Borković was disqualified for a similar incident during last year’s TCR Europe round at Monza, where he ended up fighting one of title rival Mikel Azcona’s relatives.

“The competitor had an inadmissable behaviour in the parc fermé after race 2, pushing a woman on a car, trying to tear off the front-left door in order to reach the driver of car #25.

“The competitor had an improper conduct and unsporting behaviour for the second time after the same situation at Monza 2018.”

Borković will now be “referred to the parent ASN of the series, to competition ASN and to the FIA for further action.”

The document also said Borković had left the circuit before he could be heard.