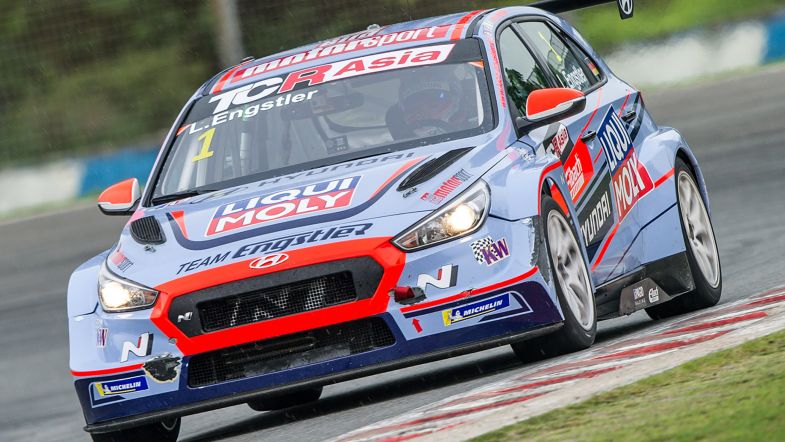 Engstler Motorsport’s Luca Engstler has taken pole for the TCR China Touring Car Championship this weekend at Ningbo, despite no running in practice.

The Hondas were strongest throughout testing and practice, with Dan Lloyd and André Couto topping the sessions in their Hondas, while it was the #55 car of Martin Xie who shone through in the first qualifying session, with the Chinese driver outpacing Lloyd by three-tenths of a second in his Honda Civic TCR.

Xie led a Honda 1-2-3, with André Couto third, with Zhang Zhen Dong qualifying the MG XPOWER 6 TCR in fourth, ahead of Luca Engstler’s Hyundai, which had just been delivered to the track this morning and had missed all running during testing and free practice.

In Qualifying 2, Engstler then blasted in a time of 1:50.633, the fastest of the weekend so far including in WTCR, and secured pole for Race 2, with Dan Lloyd not even close, 1.6 seconds further back, again securing second on the grid.