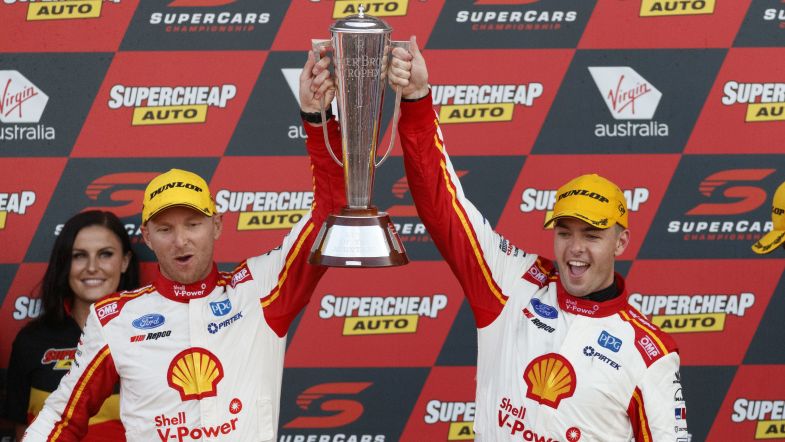 Scott McLaughlin says team penalty will “sort itself out”

Bathurst 1000 winner Scott McLaughlin has said that a possible penalty hanging over his team does not faze him, despite the results from yesterday’s 161 lap epic remaining provisional.

DJR Team Penske has been charged with implementing team orders which may have affected the race result after telling McLaughlin’s team-mate, Fabian Coulthard, to slow down as a safety car was called, backing up the pack behind him so the #12 car could avoid having to double-stack behind the #17.

While Coulthard served a drive-through penalty in the race, he came home sixth to record a strong finish for himself and co-driver Tony D’Alberto.

When asked about if the penalty to the team caused him any concern, McLaughlin said he doesn’t feel like it affected his performance.

“…in some ways it’s just one of those things, you have to get on with it,” he said to supercars.com.

“I didn’t know anything about it until the press conference after the race.

Coulthard spoke to TouringCarTimes yesterday, saying he was being abused online after following the order from the team and that for car #12 it was a solid day ruined by the call.

Though McLaughlin and co-driver Alexandre Premat will likely retain their win, DJR Team Penske is looking at facing a points or monetary fine for breaking rule D24.1 as below in the steward’s statement.

“After the Race the Stewards determined to conduct an inquiry into the incident on Laps 134-135 during the Safety Car deployment when the gap between Cars #17 and #12 increased significantly to the disadvantage of all Cars behind Car #12 because they were concerned that the incident may have been the result of Racing Team (Aust) Pty Ltd having issued an instruction to the Driver of Car #12 to slow and create an unwarranted large gap between Cars #17 and Car #12 for tactical reasons.

“Rule D24.1 prohibits Team Orders and provides that an instruction to a Driver or Team member, either verbal or otherwise the effect of which may interfere with a race result is a Team Order.”