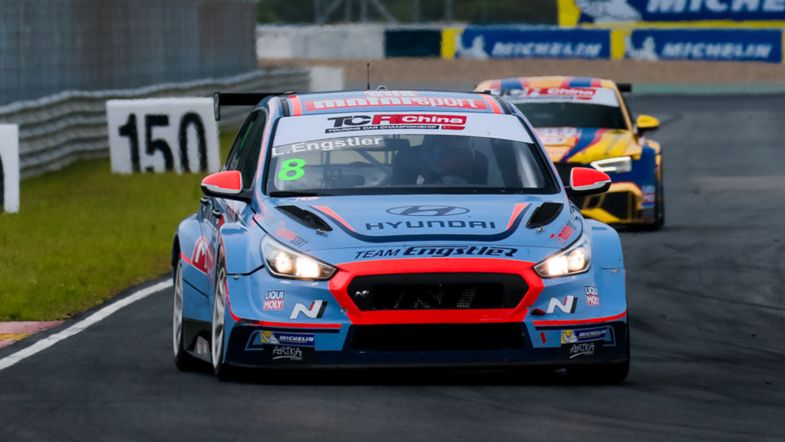 Engstler then improved his time in the Q2 session to take the pole position with 1:57.062, followed by Lloyd, two-tenths behind, and Martin Xie in third position.

Couto was a distant fourth, 0.932 seconds off the pace, with Zhang Zhen Dong taking the MG 6 TCR to fifth position and Huang Chu Han claiming sixth position behind the wheel of his Audi RS 3 LMS.