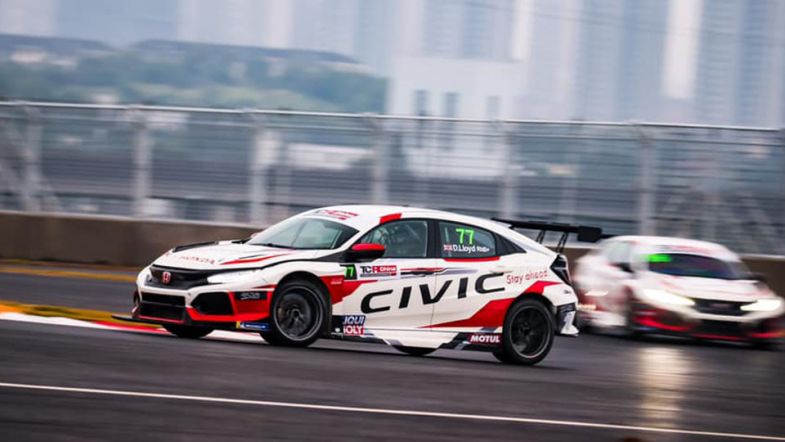 Daniel Lloyd claims the victory at Zhuzhou, Huang Chu Han is the champion

Daniel Lloyd took his fourth win of the year in the final race of the TCR China series season at Zhuzhou but it wasn’t enough for the Honda driver to secure the title after Huang Chu Han wrapped up the championship with a sixth place finish.

André Couto in his Honda Civic Type R FK8 TCR had overtook team-mates Martin Xie and Lloyd at the start to take the lead, but then spun and dropped behind Team Engstler’s Luca Engstler.

Couto tried to attack Engstler, colliding with the German and sending the Hyundai into a spin. Engstler recovered and rejoined the race, but the safety car came into action to recover Couto’s car from the circuit.

At the restart Lloyd kept the lead with Xie in second place whilst the Briton’s main rival for the title, Huang Chu Han, spun off the track in his Audi and fell to eighth place.

Engstler was working to recover positions, overtaking Kenneth Look, at the wheel of his Audi RS 3 LMS, and then Xie to settle in second place.

At the chequered flag, Lloyd took his fourth victory of the year, followed by Engstler and Xie completing the podium.

Look was fourth, with the sole MG XPOWER in the race, driven by Zhendong Zhang in fifth position, whilst Han recovered to sixth place – a result that was good enough to secure the title ahead of Lloyd by just two points.

Mike NG crossed the line in seventh place driving a Volkswagen Golf GTI TCR from T.A. Motorsport, followed by Liu Lic Ka with the sole Cupra TCR in the race.

James Wong and Couto completed the top ten on the results despite not making it to the finish.