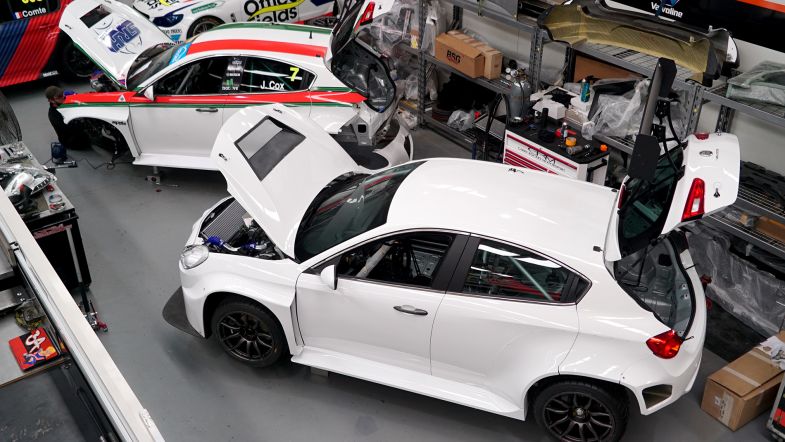 Garry Rogers Motorsport has taken delivery of its second Alfa Romeo Giulietta TCR from Romeo Ferraris ahead of the 2020 TCR Australia series season.

The team ran one Alfa Romeo for Jimmy Vernon and Jordan Cox this season, with Cox driving the final four race weekends to finish eleventh overall with two podium finishes.

“We were pleased with the progress that Jordan Cox showed throughout his time with us and we are keen to see him stay as part of our GRM family,” said team owner Barry Rogers.

“We got a real kick out of seeing this young guy with, basically, no major motorsport experience, challenge some of the best drivers in the country.

“We’re speaking to a number of drivers about racing the new car. We hope to have that all locked away in the next month or so.”

The two Alfa Romeos makes it a total of five TCR cars at Garry Rogers Motorsport alongside the two Renault Mégane RS TCRs, as well as the Peugeot 308TCR that made a guest appearance in the season finale in the hands of DG Sport Compétition.