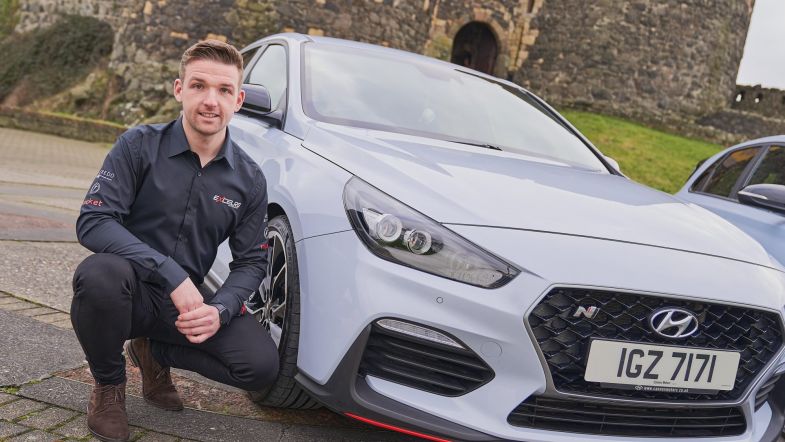 Chris Smiley will remain on the BTCC grid for the 2020 season after securing the vacant second seat at EXCELR8 Motorsport.

The Northern Irish racer found himself facing the prospect of missing out on a slot on the grid this season after his departure from BTC Racing, but will now switch to the second-year EXCELR8 team as it prepares to debut the all-new Hyundai i30 Fastback N Performance.

Smiley, a race winner during the 2018 season, will partner Senna Proctor in what is an all-new line-up for EXCELR8, and takes the seat that looked set to go to Rob Smith; who was part of the team’s line-up last year alongside new AmD signing Sam Osborne.

“I’m very excited to be joining EXCELR8 Motorsport for the new season,” Smiley said. “It is going to be a good challenge to work with the team and bring Hyundai into the BTCC as a new marque.

“I know the team at EXCELR8 have made an incredible effort with the new car over the winter months and have strengthened their engineering capabilities and brought in some very talented people to work on the project.

“Developing a new car is always a great challenge, and to do it with a brand that has a tremendous passion for motorsport like Hyundai means this is a fantastic opportunity for everyone involved to create something really special.

“The BTCC is an ultra-competitive championship and being a race winner in the series I know that I can mix it at the sharp end of the series. I fully believe that this new project will allow me to do that, and I am more motivated than ever to make this new partnership a success – not just for one season but as a long-term plan for us both.”

Team principal Ollie Shepherd added his delight at securing a second race winner for the season ahead.

“Chris Smiley alongside Senna Proctor, what a driver line-up,” he said. “We now know that we have the drivers to win BTCC races, we have a superstar engineering team to be announced and we have new cars that are ticking all the right boxes during the development and build process.

“Chris and Senna are two of the best young drivers in the BTCC and this year we will do our very best to give them the tools to get the job done.”