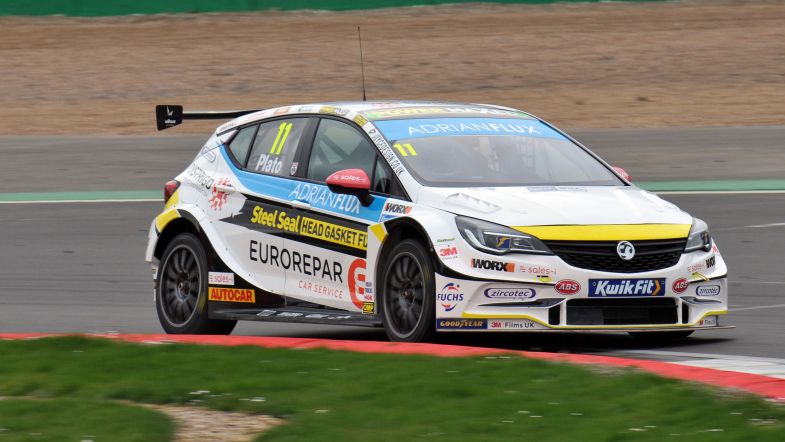 Power Maxed Racing has announced that it will not contest the full 2020 British Touring Car Championship season as planned and will instead look to run a part campaign with guest drivers.

The team was keen to try and launch a championship challenge in its fourth season running the Vauxhall Astra, having agreed a deal to bring Mat Jackson back into the series alongside former champion Jason Plato.

Plato had enjoyed a return to form at the wheel of the Astra in 2019 following a difficult spell with BMR Racing, finishing seventh in the championship standings and taking victory in the final race of the campaign at Brands Hatch.

Jackson meanwhile was set to return to the series in arguably the team’s strongest line-up to date, stating that he had ‘unfinished business’ after his abrupt departure from the series on the eve of the 2018 campaign.

The decision to withdraw full season entries from the new season, which is set to start at Donington Park at the start of August, comes as a result of the impact of the ongoing COVID-19 pandemic, which has already seen Andrew Jordan stand down from his drive with West Surrey Racing.

However, the team has confirmed that it will return in 2021 with existing sponsor contracts carried over and Plato already confirmed as the lead driver in the team. Jackson meanwhile has first option on the second car.

“Obviously taking this decision was not easy, but ourselves and our commercial partners felt that overall, it’s the right thing for us to do in order to preserve our resources for next year,” team boss Adam Weaver said.

“But I want to clarify that this is in no way us ‘giving up’. We are simply hitting the pause button on these agreements, with all our branding partners and team wear simply being carried over for the ‘21 season, along with all corporate hospitality obligations. It means that we’ve got even more time to develop the Astras and will come out of the blocks fighting next March!”

Plato, who was looking to reach 100 wins in the series this season, insisted that it was the right decision to take.

“I genuinely believe this is the right decision for us as a team, and all of our loyal partners,” he said. “It may not be what people want to hear, and we are all gutted to not be racing as we had planned but the really important thing is to make sure we are in a position to race again in ’21 and for many years beyond, and this was the best way for us all to guarantee that.”

Whilst Plato and Jackson won’t be on track as planned, PMR still hopes to run the Astra in selected rounds of the season for young drivers and also experienced racers who were unable to commit to a full season.

“Power Maxed Racing have come a long way from their first foray in 2015, and they’ll be missed on the grid this year,” series chief executive Alan Gow said. “We will see their car throughout this season with some guest drivers that I’m sure will delight our fans, and from the commitments Adam [Weaver] has made, I’ve no doubt they’ll be back in the thick of it come ’21. These are trying times for everyone, but we will all weather the storm by supporting each other as best we can.”