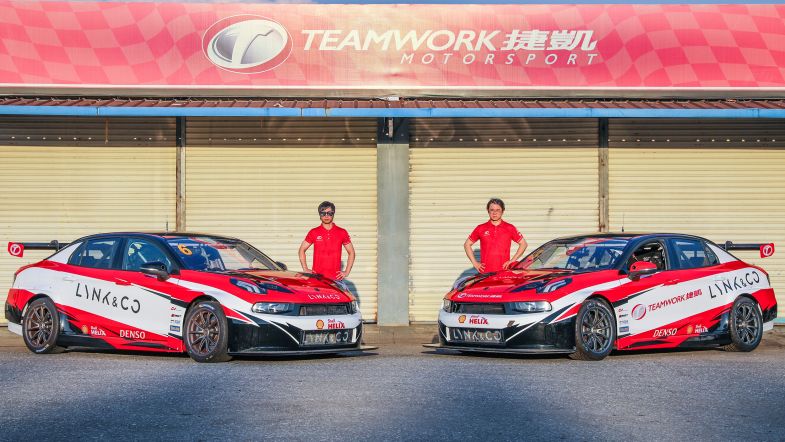 Ma – who has previously raced with Teamwork in the series – will be joined by countryman Lu Wei in the two-car line-up for the 2020 campaign, which is scheduled to get underway at the Zhuzhou International Circuit next month.

The new programme will be supported by Lynk & Co’s Chinese sales company and benefits from title sponsorship from Shell.

“We are delighted to have secured a very strong TCR China programme in co-operation with Lynk & Co China and Geely Group Motorsport,” team principal Paul Hui said. “Ma Qing Hua has been carefully selected for this programme. He will play a key role with his vast experience of international racing, most recently WTCR and Formula E, and his recent promotional work for Lynk & Co’s Chinese sales company.”

Having been forced to curtail his Formula E programme this season as a result of travel restrictions put in place following the COVID-19 pandemic, Ma said he was looking forward to the chance to return to touring car competition and was confident that the Lynk & Co can be a strong package in the Chinese series.

“I am really proud to represent Lynk & Co and Teamwork in TCR China,” he said. “I have some really good memories from racing in China previously and I look forward to bring my experience from WTCR to the team.

“It will definitely be a tough challenge with many strong opponents in TCR China this year, but I have full confidence in the team, and I know that the Lynk & Co 03 TCR is a really good car. Our goal is to challenge for the overall titles.”

Team-mate Lu Wei meanwhile said he was also confident about pushing for some strong results on track during the delayed season ahead.

“I share my team-mate’s excitement over joining Shell Teamwork Lynk & Co Motorsport, it is very much a dream come true for me,” he said. “While I lack the experience of Ma Qing Hua, I think we can work strongly together and fight for the top positions this season.”

So far, the Lynk & Co has only been seen in WTCR in the hands of Cyan Racing, with Alexander Murdzevski Schedvin – Head of Geely Group Motorsport – saying that Teamwork was the ideal partner for the Chinese progamme.

“We are very happy to expand our presence in China through the programme of Teamwork Motorsport and to welcome them as customers to us,” he said. “The Shell Teamwork Lynk & Co Motorsport with drivers Ma Qing Hua and Lu Wei will represent one of the strongest touring car squads in Asia and we have full confidence in them delivering strong results in TCR China with the Lynk & Co 03 TCR.”