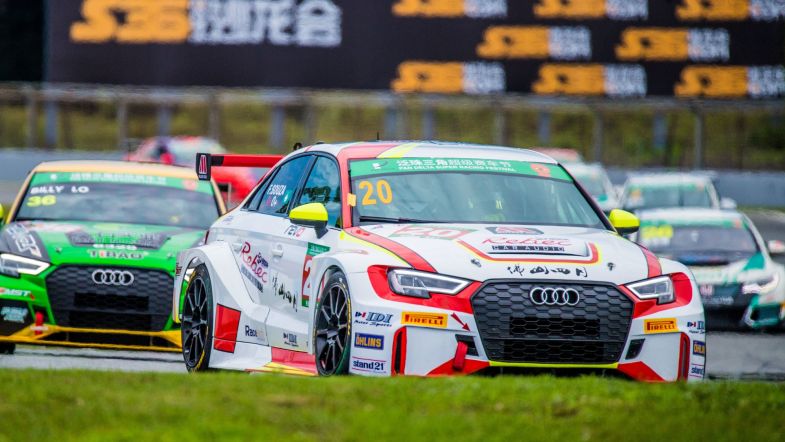 Filipe Souza of Macau SAR missed the opening round of the 2020 TCR China championship in Zhuzhou. But with travel restrictions between Mainland China and Macau SAR easing, the Macanese driver is planning his return to the championship, as well as eying a comeback to the Macau Grand Prix Guia Race in November.

“Now that I can travel freely in China I want to be there, so I am preparing my participation with my team,” said Souza to Macau daily newspaper Hoje Macau.

Souza will again drive the T. A Motorsport-prepared Audi RS 3 LMS after crowing himself the Circuit Hero One TCR Champion with this car last year.

Despite his vast knowledge of the Audi, Souza admits he faces a big challenge as he hasn’t raced for over nine months and is planning to run a full testing program before joining the TCR China grid at Shanghai, Zhejiang and Zhuhai.

“I want to do more races and to start with a good pace to prepare for the 2020 Macau Grand Prix. It won’t be easy as I stopped driving for almost nine months. I need to get the pace and speed back,” said Souza.

The Macau race is no longer part of the FIA World Touring Car Cup calendar due to the coronavirus pandemic. The Macau organisers are yet announce this year’s race regulation, but it is widely believed it will be an invitational race for TCR cars as it is included in the TCR Asia series calendar.

“I reckon it will be complicated for overseas drivers to take part in this year’s race, so I don’t know if it will be a lot of people interested to join. But I still believe it is possible to gather a 20-car grid for the race,” Souza said.