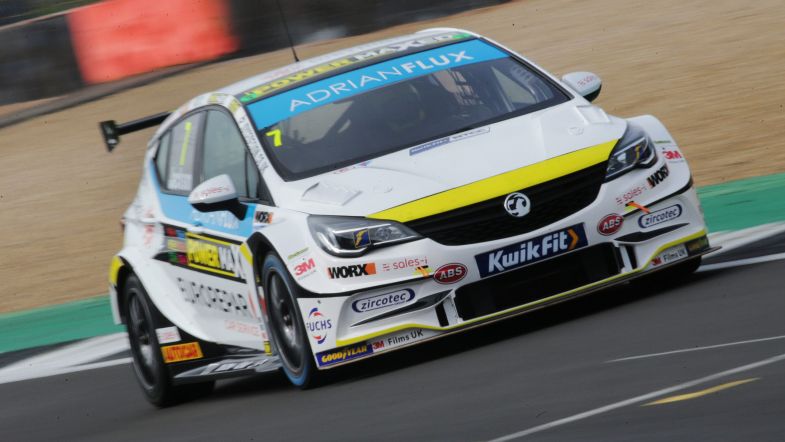 Power Maxed Racing has announced plans to contest the remainder of the 2020 British Touring Car Championship with a single car programme, featuring a number of different drivers in one of its Vauxhall Astras.

The team had been due to field cars for Jason Plato and Mat Jackson this season before calling a halt to planned its programme as a result of the COVID-19 pandemic.

At the time, the Vauxhall squad said it was keen to run “as an independent entry at rounds throughout the year” and has now firmed up plans to offer a selection of drivers the chance to compete this season.

The first of those will be Mike Bushell, who found himself without a drive this year after economic issues brought about by the coronavirus pandemic led to him standing down from his role with Team HARD.

The double Clio Cup UK champion, who impressed last season when subbing for Sam Tordoff at AmD Tuning, will get behind the wheel of the car for the third and fourth rounds of the year at Oulton Park and Knockhill and will then take on a role engineering the Astra for the remainder of the campaign.

Bushell had held a similar engineering role with AmD last year prior to being asked to step into a race seat when Tordoff was forced to stand down for personal reasons.

“PMR have proved themselves as a force to be reckoned with since they started racing in 2015, and I’m excited to be working with them this season,” he said. “Martin [Broadhurst – team manager] and his team have put together a great car, as proven by multiple race wins, and I’m looking forward to both driving and engineering the car, as well as working with the great driver line-up they are putting together.

“I’ve had my eye on some of the names for a while, and I think this programme gives them a unique opportunity to peddle a front running car in the world’s best racing series.”

Team boss Adam Weaver said he was pleased to be able to confirm a return to the track for the team for the seven events left to run in 2020.

“Our announcement at the start of the season to temporarily withdraw from the BTCC was, as we said at the time, only intended to be for a few rounds,” he said. “After just two rounds away from the paddock, and with the grid seemingly stronger than ever this year, we simply couldn’t wait to step back into the mix. We’d like to thank all our fans for their support, and we’re excited to get back out on track and give you what you want to see!”

Plato has already signed up with the team for 2021, with sponsorship deals that had been in place for this season being rolled over.