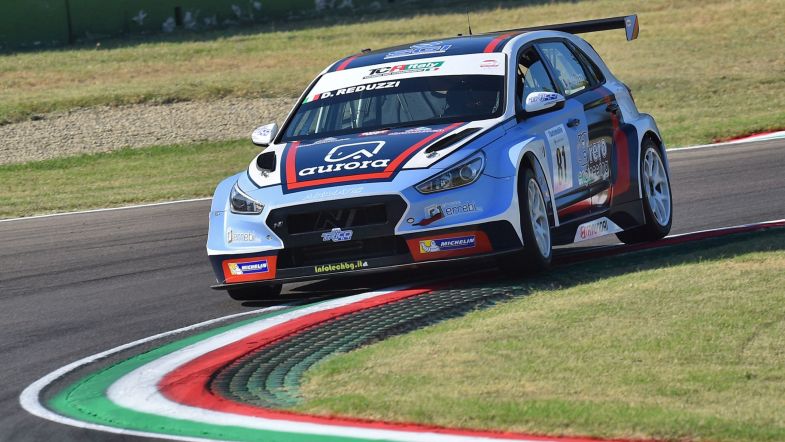 Damiano Reduzzi gets win back as penalty is cancelled

Damiano Reduzzi got his victory of the second TCR Italy championship race at Imola back as the stewards cancelled the five-second penalty after reviewing the incident on the last lap with Marco Pellegrini.

The stewards announced that the incident was to be considered a normal racing incident.

A new penalty was however issued for BF Motorsport driver Eric Brigliadori who had finished the race in fourth position.

Brigliadori was given a five-second penalty for an incident with Eric Scalvini during the second race. The penalty drops the Audi driver to 13th position and also drops him from the championship lead to third position.

Salvatore Tavano, who was announced as the winner a couple of hours ago, has instead claimed the championship lead on 90 points. Pellegrini is second on 83 points and Brigliadori is third on 82 points.