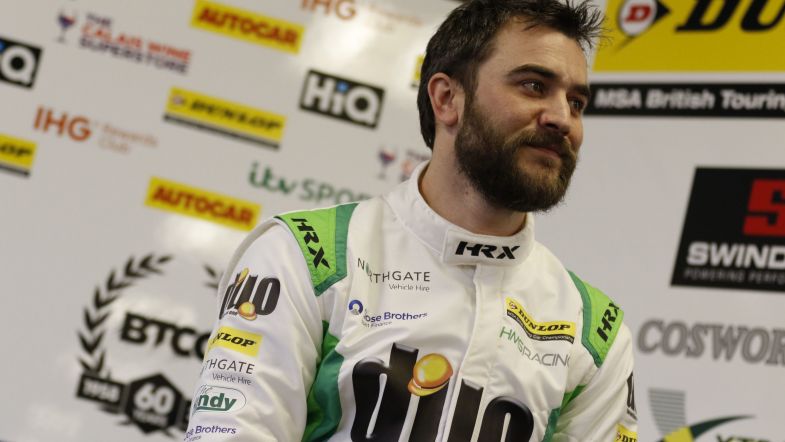 Rob Austin will return to the British Touring Car Championship grid this weekend after securing a late call-up to join Power Maxed Racing.

Austin hasn’t raced in the series since the 2018 season finale after HMS Racing elected to leave the series but will replace Mike Bushell for the Thruxton meeting at the wheel of the lone Vauxhall Astra on the grid.

Bushell had hoped to extend his run in the car to include a third meeting after suffering wretched luck at both Oulton Park and Knockhill but has been advised to give himself more time to recover from the injuries he sustained in race three in Scotland last month.

With the team having already confirmed that Jade Edwards will drive the car at Silverstone next weekend, PMR has turned to three-time race winner Austin to step in for the fifth round of the campaign.

“When I got the call from Adam Weaver, I just couldn’t say no!” he said. “I’ve seen how good the car can be around Thruxton, and I love the circuit. There are some hurdles to overcome; there’s the obvious new driver ballast that I’ll have to drag around with me, but I also haven’t driven competitively for nearly two years now, so I don’t know how rusty I will be.

“I will be doing everything in my power to overcome these as quickly as possible, and if I do a good job then there is every potential to show well come Sunday afternoon.”

Team boss Weaver said he felt Austin was the ideal driver to step in at the last minute for the race weekend.

“Obviously a last-minute drive change is less than ideal, but when it became obvious that Mike would be unable to drive this weekend, I was straight on the phone to Rob,” he said. “We’ve had a great relationship for a while, having known each other since school and he’s known for being a fearsome driver that takes no prisoners when he’s on track.

“We’ve shown the pace of this car this year without question, albeit with bad luck marring results, and I’m really looking forward to seeing him get to grips with the car. We’re all keeping our fingers crossed for some luck this weekend!”