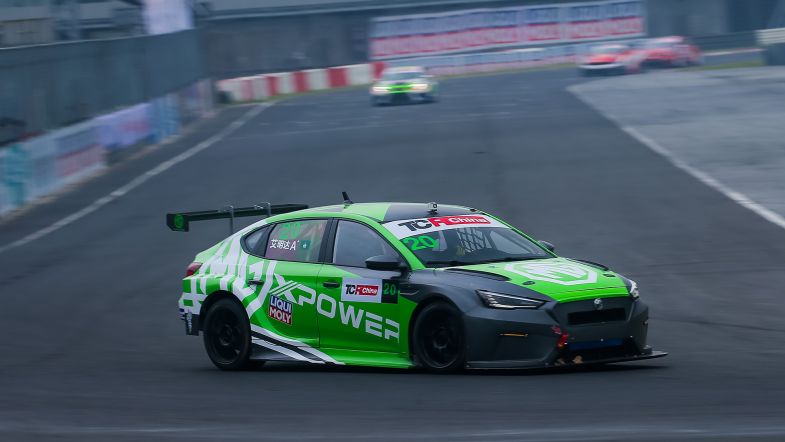 Rodolfo Ávila has broken the dominance of Teamwork Lynk & Co Motorsport to claim the first win for MG in the TCR China championship in the second race of the Shanghai Tianma weekend.

The MG XPOWER driver started behind championship leader and Lynk & Co driver Ma Qing Hua but was able to make his way past him on lap two.

Ávila then had his sights set on pole sitter Wu Yifan, making his move on the Audi RS 3 LMS driver a lap later.

Ma made his way past Yifan on lap five and then started to close in on leading driver Ávila.

The two fought hard for the lead all the way to the chequered flag, with Ávila only just staying ahead to claim the win by 0.178 seconds.

Rainey He and Zhang Zhen Dong made it three MGs in the top four, finishing third and fourth respectively, well behind the leading duo.

Wang Tao finished fifth for Autohome Racing while Yang Xi fought his way up to finish sixth from eleventh on the grid.

Sun Chao and Yifan rounded off the top eight.

Ma heads the standings, 30 points ahead of Ávila. The next race takes place at Jiangsu Wantrack International Circuit next weekend.