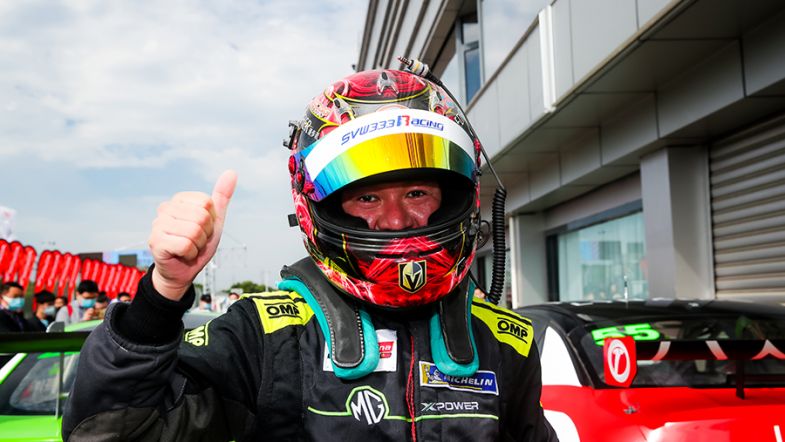 MG top qualifying at Jiangsu as Rainey He doubles up

The MG6 TCR continued its recent strong qualifying form in the TCR China series after Rainey He secured a brace of pole positions ahead of the fourth and fifth rounds of the season at the Jiangsu International Circuit.

After Rodolfo Ávila topped the times at Tianma a week earlier – before going on to secure the first win for the MG – it was the sister MG XPower-run car of He that was the one to beat during the two qualifying sessions ahead of a busy weekend of competition on track.

He headed Sun Chao, Ávila and Zhang Zhendong as the MG cars locked out the top four in first qualifying, with the pole man being three-tenths of a second quicker than his team-mates after a lap of 1:08.548, and Ma Qing Hua taking fifth spot in his Teamwork-run Lynk & Co.

The second session saw He go quicker than he had done in first qualifying, lowering his benchmark time to 1:08.254 as he again set a time three tenths of a second quicker than anyone else.

This time however it was the Lynk & Co of Wang Tao that was second quickest as he got ahead of Ávila, Chao and Zhendong as they filled positions three through to five.

Ma had to settle for sixth, with the championship leader facing a more challenging weekend as he seeks to maintain his advantage at the top of the standings; which currently stands at 30 points over Ávila.