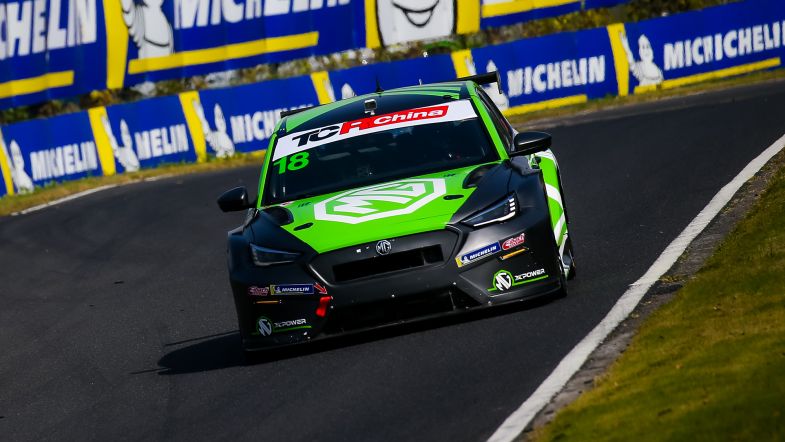 Rainey He started from pole position in the first race but was passed by Autohome Racing Team driver Wang Tao.

Ma Qing Hua retired from the race due to suspension damage while Ávila was able to continue.

The safety car headed back in on lap eight and Rainey He was passed by both Zhang Zhen Dong and Yang Xi, dropping him down to fourth place.

Ávila was meanwhile making progress up through the field after the incident on the first lap, managing to climb back up to third place.

Wang Tao held the lead of the race until lap 16 when he made a mistake, allowing Zhang Zhen Dong through to win the race.

The MG driver won the race two seconds ahead of Wang Tao, with Avila five seconds adrift in third. Rainey He and Yang Xi rounded off the top five.

MG XPOWER driver Sun Chao started the final race from pole position and held the lead from lights to flag.

Wang Tao made a strong start to pass Rodolfo Ávila before Turn 1, but the MG driver managed to retake the position quickly to finish the race in second. Lynk & Co driver Wang Tao crossed the finishing line in third, three seconds behind.

Ma Qing Hua started sixth and made his way past Zhang Zhen Dong to finish fifth behind MG driver Rainey He.

The season finale is next up, taking place at the legendary Macau street race on November 19-22.