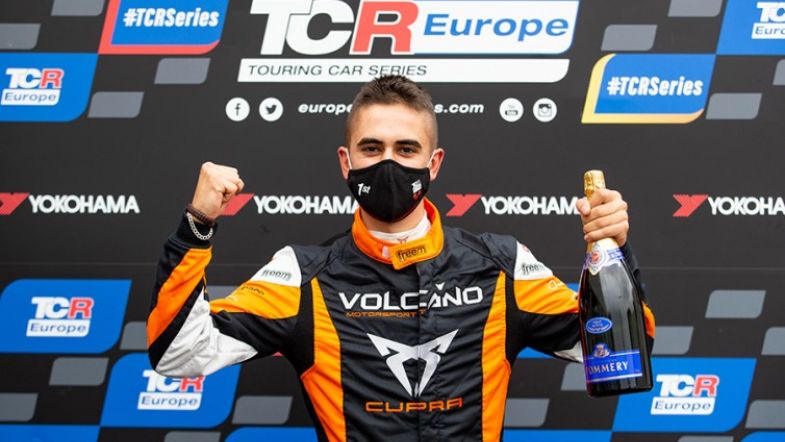 Mikel Azcona: “I will be careful with the rest of the drivers”

Volcano Motorsport driver Mikel Azcona dominated the TCR Europe series season finale qualifying at Jarama and has stated he will be careful to not affect the title fight.

“I’m not battling for the Championship, I know that, but I want to do a very good result in Spain for the team,” said Azcona.

“I will be careful with the rest of the drivers who are battling for the Championship, but at the same time every time everyone wants to win so I will keep pushing.”

The Cupra TCR driver was close to seven tenths clear of his closest rival in the final Q2 session but said it was far from a walk in the park.

“It may look easy to be fast in each session, but it’s not easy at all,” said Azcona.

“In Q2, it was a perfect lap, I have to say. To repeat that lap would be very difficult because I was pushing 100% and there were no mistakes. There’s a big gap to the second car, so I’m very happy – it’s amazing.”