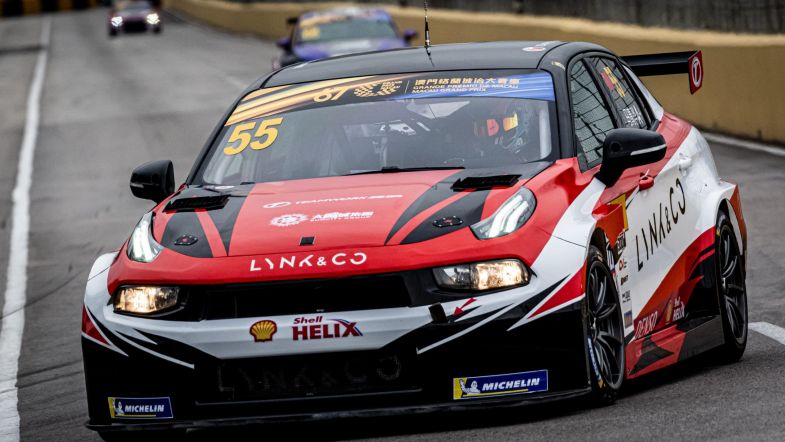 The race was interrupted by a safety car session and a red flag after two incidents, resulting in less than two laps of racing.

Teamwork Lynk & Co Motorsport driver Ma Qing Hua took the lead from pole sitter Huff at the start, only for the MG driver to retake it into the Mandarin corner.

A spin by Mike Ng, collecting four more cars, resulted in the safety car coming on track for four laps.

Title candidate Rodolfo Ádvila had a tough opening lap, dropping down to ninth position from fifth on the grid.

And things went from bad to worse for the MG XPOWER driver who crashed at the Moorish corner on the first lap after the safety car restart, bringing the red flags out and ending his title hopes.

The race was resumed with just one lap of racing left.

Huff will start the main race tomorrow from pole ahead of Ma Qing Hua, starting at 11:40 local time.