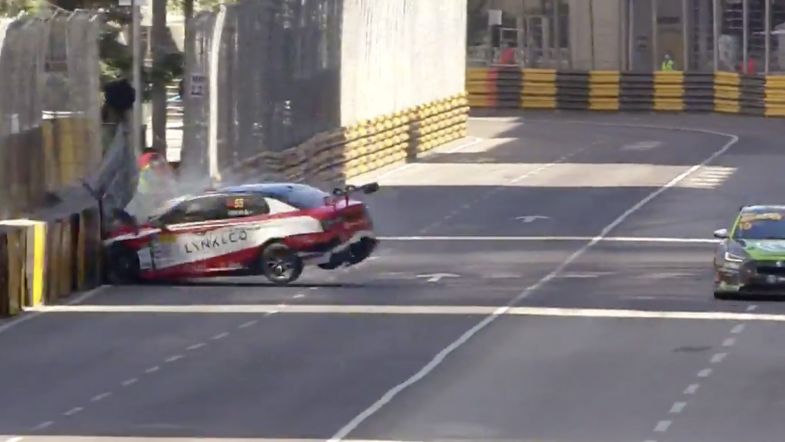 Rob Huff has been stripped of the Macau Guia race victory following a post-race penalty for his incident with Ma Qing Hua, handing victory to Jason Zhang.

The MG driver drove into the back of the Lynk & Co driver at the fast Mandarin corner, resulting in a heavy crash for Ma Qing Hua who escaped unharmed.

The race was halted for 40 minutes while the barriers was repaired.

Huff then headed the restarted race to victory but was handed a post-race 30-second penalty by the stewards for the incident with Ma Qing Hua, dropping the Brit to 23rd position.

Also penalised is Andy Yan for overtaking Sunny Wong under yellow flags. The MG driver finished third but has been given a 30-second penalty, elevating Sunny Wong to second behind Lynk & Co colleague Zhang.

Honda driver Lo Sze Ho is elevated to the final podium position due to the penalties.