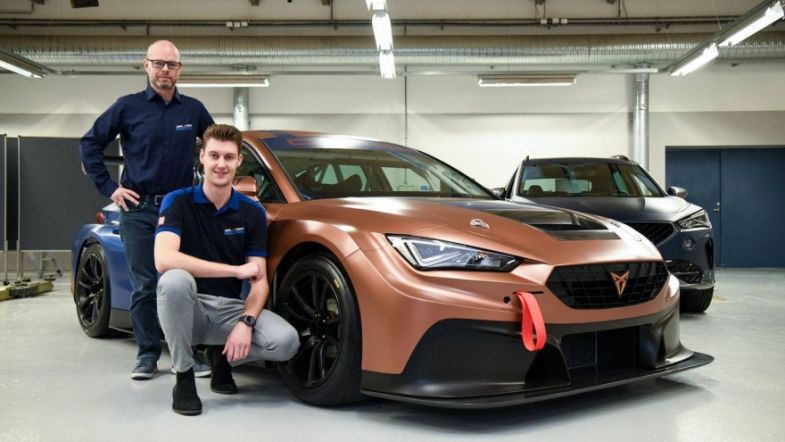 Nicolai Sylvest has renewed his contract with LM Racing for the 2021 TCR Denmark series season and will drive a new Cupra León Competición alongside already confirmed team-mate Jan Magnussen.

“I am very happy and grateful that LM Racing for the second year in a row has chosen that I should be part of the team’s big investment,” said Sylvest.

“The team has very high ambitions, just like myself, and with the new Cupra race cars, I have no doubt at all that we have the equipment to win.”

The 23-year-old finished third overall this season with one win and six podiums, finishing one place ahead of ex F1 driver and team-mate Magnussen in the standings.

“Nicolai delivered a huge effort in the 2020 championship, and his performance was crucial for us to secure the team trophy in our first attempt,” said team manager Lars Mogensen.

“It was his first year in a front-wheel drive race car, and yet he finished on the podium in the championship and as best junior driver.

“With our strong crew of engineers and mechanics as well as Magnussen and Sylvest behind the wheel of two new Cupra race cars, I am sure that we have created the best foundation to secure the championships in 2021.”

The team ran a pair of Volkswagen Golf GTI TCR race cars in 2020 but has for 2021 acquired a pair of new Cupra León Competición race cars.