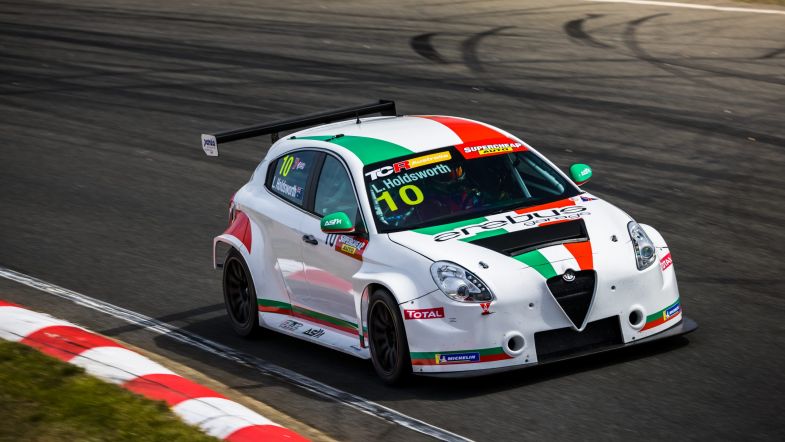 Lee Holdsworth was fastest in both practice sessions of the TCR Australia series season opener at Symmons Plains, with the Alfa Romeo Giulietta TCRs locking out the top positions.

“The car came out pretty good out of the box,” said Holdsworth.

“The times are really close, so I imagine qualifying’s going to be really tough.”

Jay Hanson, team-mate to Holdsworth was third fastest and Michael Caruso, GRM team-mate to Cox, was fourth, making it an Alfa Romeo 1-2-3-4.

Holdsworth was again fastest in the second session, this time beating team-mate Hanson by close to three tenths of a second.

Mostert improved to fifth with his Audi RS 3 LMS, just under four tenths of a second from the top time, while Caruso rounded off the top six.

Qualifying is next up for the TCR Australia field, starting at 14:15 local time tomorrow.