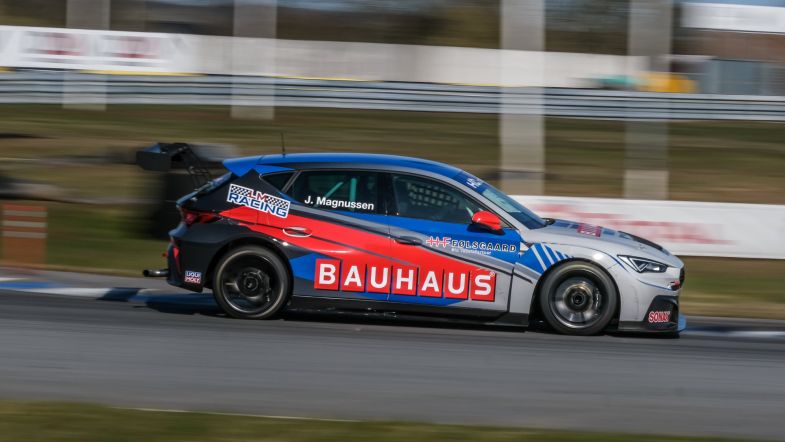 Jan Magnussen was fastest of all in day one of the first official TCR Denmark pre-season test of 2021 at Jyllandsringen behind the wheel of his new LM Racing-prepared Cupra León Competición.

The former F1 driver lapped the circuit in 1:09.073 and was close to two tenths faster than reigning champion and Honda driver Kasper Jensen.

Casper Elgaard, who signed for Peugeot Sport Danmark ahead of 2021, was fourth fastest ahead of rival Peugeot driver Michael Markussen, both just over seven tenths of a second from the top time.

Jacob Mathiassen was fastest of the Alfa Romeo drivers in sixth position for Insight Racing and was the first driver outside of one second from Magnussen’s top time.

Kenn Bach of Massive Motorsport and Gustav Birch, team-mate to Elgaard, rounded off the top eight.

A total of 18 drivers took part in the test that continues for the second and final day tomorrow.