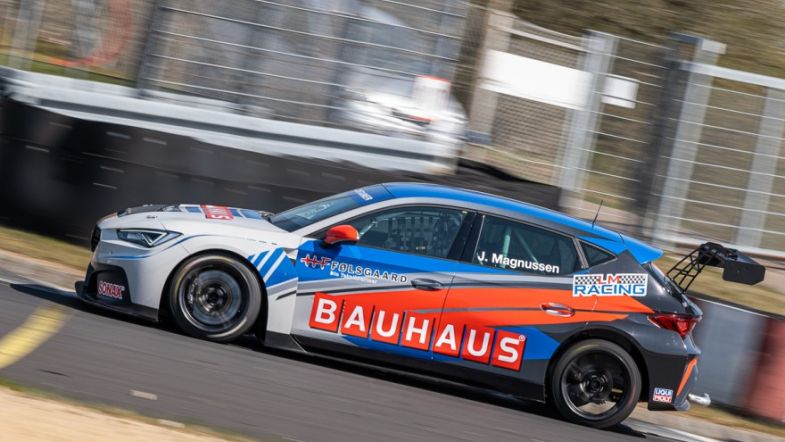 The LM Racing driver topped the time sheets, just as yesterday, and improved his time by six tenths to 1:08.504.

Insight Racing driver Jacob Mathiassen was fourth fastest behind the wheel of his Alfa Romeo Giulietta TCR, just below half a second from Magnussen’s time.

Casper Elgaard dropped one position from yesterday, recording the fifth fastest time of today, 0.742 seconds from the top time with his Peugeot 308TCR.

Michael Markussen made it two Peugoets in the top six, with Philip Lindberg (Alfa Romeo) and Kenn Bach (Honda) rounding off the top eight.

19 drivers took part in the test, with Kristian Moe Sætheren the sole missing driver due to travel restrictions from his home country Norway.

The TCR Denmark season opener takes place at Jyllandsringen on May 8-9.