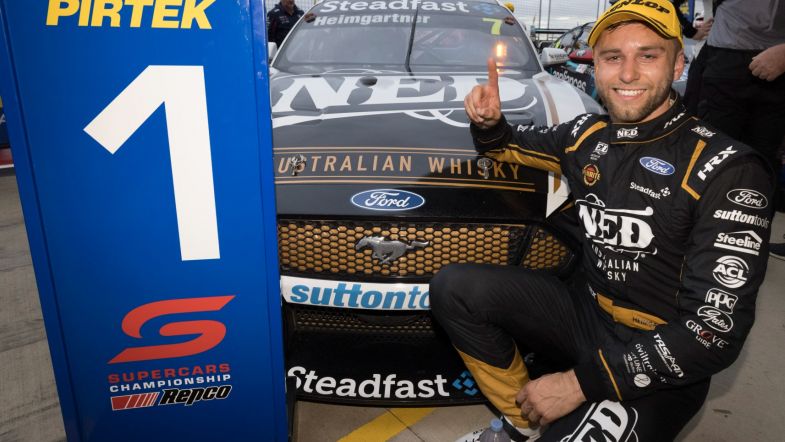 Andre Heimgartner will return to Brad Jones Racing for the 2022 Supercars season following the news that he is to split with Kelly Grove Racing at the end of the current campaign.

Heimgartner will leave Kelly Grove after a four year spell, with the 26-year-old – who won at The Bend earlier this year – having been widely linked with a return to the team that he raced for during the 2017 enduros, scoring a podium finish on the Gold Coast.

“I’m extremely excited to announce my new long-term signing with BJR,” he said.

“BJR was a big part of my resurgence back onto the supercar scene, with a last minute call up to replace the injured Ash Walsh in 2017 that resulted in a podium in the Gold Coast 500 with Tim Slade.

“To be joining such a legendary team with such great people, is an amazing opportunity and challenge I am really looking forward to. I can’t wait for the years ahead and much more success to come.”

Team owner Brad Jones said he was delighted to bring Heimgartner onboard for 2022 and beyond as the series moves towards the Gen3 era.

“Andre is a familiar face with the BJR team and I’m extremely excited to have him on board, full-time, for the 2022 season and beyond,” he said.

“I’ve watched him develop over the last few years and see a lot of potential in him. I think he’ll fit right in with our team and partners. I feel like we’ll be in a good position to fight for wins and podiums moving forward.”

News that Heimgartner will return to BJR next season came on the same day as it was revealed that Nick Percat will leave at the end of the year, despite being under contract for 2022.

Percat – who joined the team in 2017 – had signed a new multi-year deal earlier this year but has now confirmed that he will instead take up a new challenge elsewhere.

“I will be parting ways Brad Jones Racing at the end of the 2021 Supercars Championship season,” he said. “This has been a difficult decision to make.

“Brad has always backed me and had faith in me to do the job for the team, and I can’t thank him and the whole team at Brad Jones Racing enough for the last five years.

“Together we’ve battled the highs and the lows, added trophies to the cabinet and had plenty of good times. Most importantly I’ve built some very good friendships which I hope will continue on.

“In regards to next season and beyond, I’ll be announcing my plans in due course.”