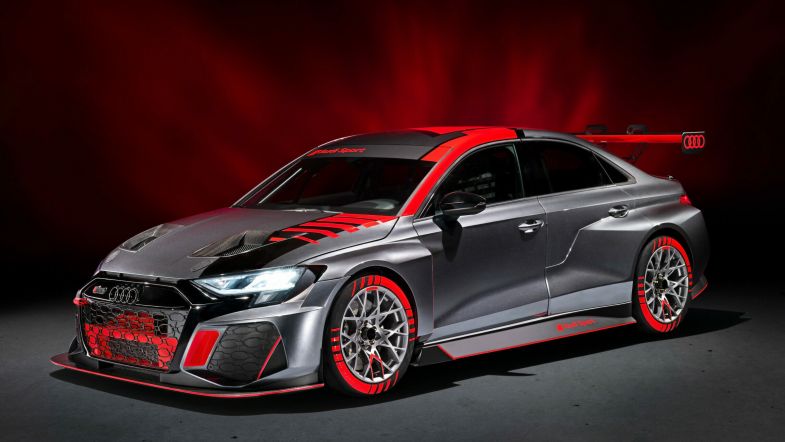 Melbourne Performance Centre has become one of the first customers to secure an updated version of the Audi RS3 LMS, which will debut in TCR Australia in 2022.

The new car, as raced in WTCR this season by Comtoyou Racing, is an evolution of the car that currently heads the TCR Australia standings thanks to team-mates Chaz Mostert and Luke King.

Mostert has taken five wins so far this season to lead the championship with two rounds still planned this year at The Bend and then at Bathurst as part of the new six-day long festival alongside Supercars.

In total, the current Audi has won seven times in Australia – with Garth Tander and Jean-Karl Vernay also having a win apiece – with team co-owner Troy Russell excited to now have the chance to introduce the new car into the series.

“A new car is always good to have,” said Russell. “From what we have seen in the images and information provided by Audi Sport, the new RS 3 is an extremely good car. It’s probably the best TCR car that has ever been built.

“This one is really an evolution of the older model, which still remains competitive as proven by Chaz and Luke this year.

“With the way that the TCR balance of performance works, it’s not going to be allowed to race off into the distance. But what we do know is that the car is going to be very competitive straight out of the box.

“We are excited for it to land here in Australia and really looking forward to getting our hands on it.”

Currently, the team has a deal in place for a single car but a second could be acquired if the right agreement is reached with potential drivers.

“We have quite a few parties interested in driving the new car,” Russell added. “We’ll definitely have one on track, and if some things work our way, we might have two as well. It will be a matter of seeing how the next month or so plays out.

“The great thing is that despite the pause that we’re all facing, interest in TCR remains very strong in the market.”