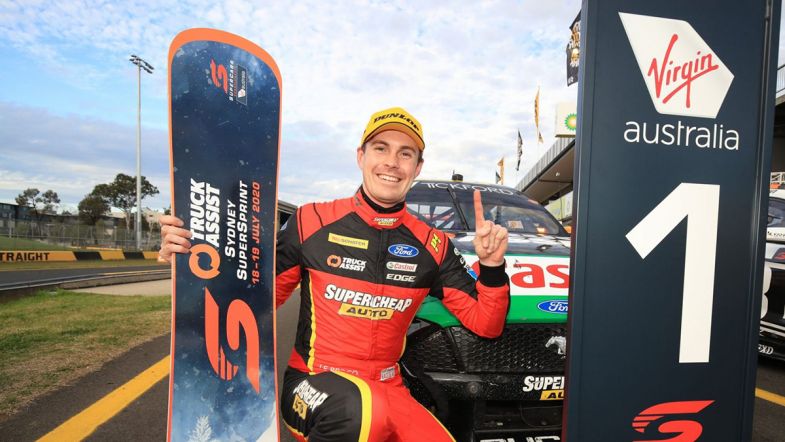 Jack Le Brocq will leave Tickford Racing at the end of the current campaign after signing a multi-year deal to move to the Matt Stone Racing team for the 2022 Supercars Championship season.

Le Brocq will partner Todd Hazelwood in a new-look line-up with the team to end a two-year spell with Tickford that included a maiden series win last year in Sydney.

The 29-year-old has also driven for Teckno Autosports on a full-time basis in the series having previously secured the Australian Formula Ford title and been a top three finisher in Super2.

“MSR are racers, pure and simple,” he said. “The team has made great progress toward the front of the field over the past couple of seasons, so I am very pleased to now have the opportunity to join them and contribute to that progression.

“With the team’s capabilities and its competitive machinery across all levels of Supercars, I see no reason why we won’t be regulars in the top ten and aiming for podiums and better. I have learned a lot these past two seasons, so I am looking forward to putting that into practice.

“After two COVID interrupted seasons, I am also looking forward to getting some stability back into our racing.”

Team owner Matt Stone said he was pleased to finalise the new-look line-up for 2022.

“We are really pleased to have Jack joining MSR for the next few years,” he said. “For us Jack was the perfect choice. We know how good he is from the many battles we’ve had with him in the past and look forward to him contributing to our push to move up the grid.

“Jack beat the likes of Anton DePasquale and Matt Campbell when he won the Australian Formula Ford Championship, and he was a fierce competitor against us with Todd in Super2. We know his best is yet to come in Supercars.

“It will be good to add a bit of experience into our line-up. Matt Stone Racing is traditionally focused on rookies, and it will be good to have guys in the seats with a few years under their belt to take it to the next level in their careers. I’m sure they are both very hungry to make some solid steps forward and so is the team.”