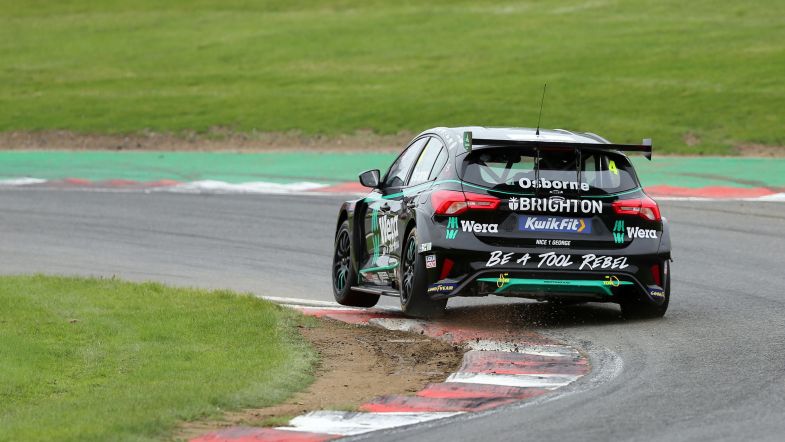 Sam Osborne and Ollie Jackson will both remain with Motorbase Performance for the 2022 British Touring Car Championship season after the Ford squad.

Osborne will be embarking on his second season at the wheel of the Ford Focus ST, with Jackson – who competed for the Motorbase-run MB Motorsport squad last year – will be entering his fourth successive campaign in Motorbase colour.

The pair will line-up alongside Dan Cammish, who was announced as part of the two-car NAPA Racing UK side of the Motorbase garage earlier this week, with the final member of the four-strong Ford entry to be revealed in due course.

“I am so pleased to keep the continuity for Motorbase in both Ollie and Sam,” team owner Pete Osborne said. “In such a big year for the team, an element of stability is very important for us to push on this season. Ollie will be in his fourth year with the team and has two years of experience of the Ford Focus ST under his belt, along with a wealth of hybrid knowledge.

“For Sam, it’s the first time in his career he gets to drive the same car and with the same team for a second season, and I feel sure that will show in his results. For us, 2022 is the start of a new era at Motorbase and to have these guys around me is really important. There is a huge wealth of experience throughout Motorbase behind the scenes and with a few additions for the new season, I’m really excited what the future holds for us.”

Whilst Osborne will be keen to try and regularly push for top ten finishes during the year ahead, Jackson will be seeking to return to the kind of form that saw him secure a brace of race wins during the 2020 campaign.

“I’m really pleased to be returning for my fourth consecutive BTCC season with Motorbase, especially in a year that is going to bring us some fresh challenges to dig our teeth into and a new dynamic to the racing,” he said. “The team is fully focused on the hybrid installation at the moment and until we get back to racing I’m doing my best to support them on behalf of Mountune with my experience in Hybrid and Electric Vehicle development.

“I have every confidence that we’ll absolutely make the most of the system and it will be one of the best installations in the paddock. I’m putting a lot of effort in over the winter and the goal is to start putting some fresh silverware in my trophy cabinet as soon as possible and get back to winning ways!”