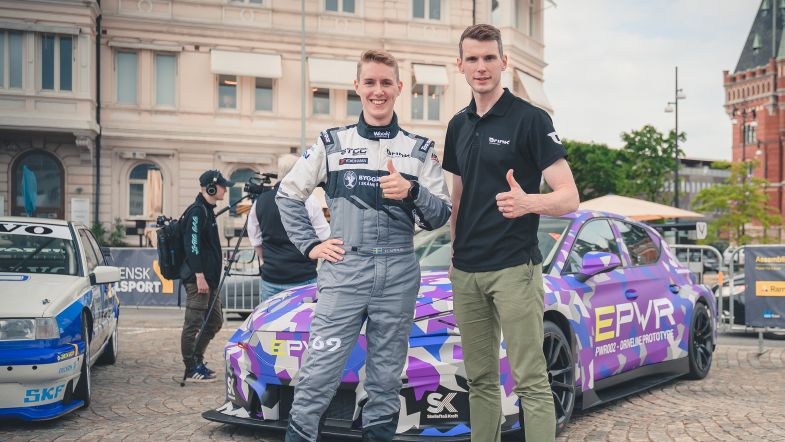 Former STCC team champions Brink Motorsport confirmed that they will continue in the championship next year when it goes electric, with plans to field three cars.

“This is without a doubt the right step to take. Both as a driver and representing a team, we look forward to this,” said Tobias Brink to TouringCarTimes.

“Electrification will develop the sport and enable us to offer better entertainment. We are pleased to announce that Brink Motorsport is committing to the STCC in 2023, and we aim to have three cars on the grid.”

2023 will be Brink Motorsport’s seventh season in STCC, having previously raced in V8 Thunder Cars and rallycross before the team switched to STCC in 2017.

“There is a lot to get acquainted with. It is completely new technology which the team must learn,” said Brink.

“And at the same time we have just started the 2022 season, and we are chasing the gold in this year’s championship. Everything is going at full speed at Brink Motorsport right now. But this also comes with a lot of energy and motivation.”

A first production batch of 12 cars are currently being produced to be ready for the 2023 season start. The cars will be delivered by the Swedish company EPWR in collaboration with STCC.

“We feel confident that EPWR and STCC take that responsibility in the development and delivery, so that we can focus on the sport and winning races,” said Brink.

Brink claimed the bronze medal of the 2021 STCC season and is still chasing his first drivers’ title in the championship. In 2023, his aim is set to become the first champion of the electrified STCC.

“That is the plan, no doubt,” concluded Brink.