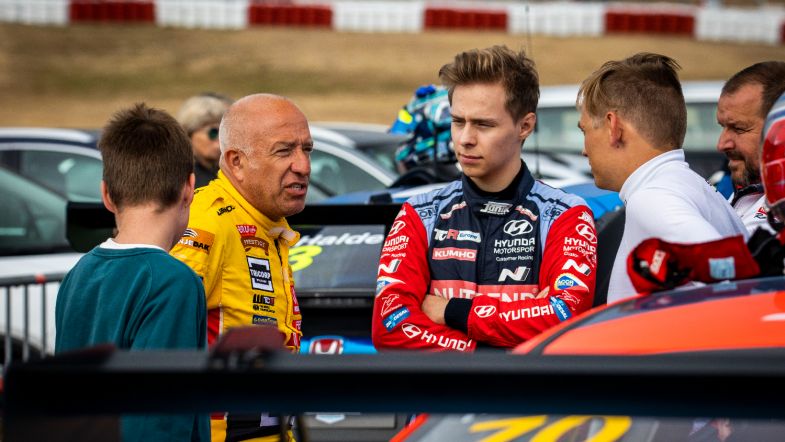 TCR Europe drivers are hoping their lost race at the Nürburgring could be added to a round later in the season.

Heavy fog eliminated TCR from the Saturday timetable at the Nürburgring, with practice times setting the grid for race one which was moved to the Sunday afternoon slot originally scheduled for the now-cancelled race two.

The decision from the event organiser and the circuit to not accommodate TCR Europe’s first race in a new slot on the Saturday timetable only came at the very end of that day and left many feeling frustrated and not willing to comment on the matter.

While other series had notifications of when start time updates would come or it was communicated that their races would be indefinitely delayed, the TCR Europe paddock and organisation was left in the dark on the status of a race that was originally set to begin at 17:00 local time (CET).

TouringCarTimes spoke to the teams once they returned to the paddock on Sunday morning, in far sunnier and warmer conditions, and while several still wished not to share their thoughts on-the-record on how the previous evening had panned out, there was enthusiasm behind the idea of being able to run the reversed-grid race two at one of the two remaining rounds at Monza and Barcelona.

Target Competition’s Josh Files qualified 10th at the Nürburgring based on practice times, and therefore would have been on pole for race two. He said “if the grid is for race two, yes I’d like a [reorganised] race”.

Volcano Motorsport driver Klim Gavrilov was relieved that Sunday’s improved weather meant he would be on track, saying: “We always want to race as much as we can, but one race is okay, it’s better than nothing. So we’re happy that the weather today is good and we can race.”

Earlier in the weekend, Comtoyou Racing’s Tom Coronel spoke to TouringCarTimes about how he wanted to make up points in the title race after missing the previous round at the Norisring, and reducing this weekend’s bill to a single race rather than two means he is highly unlikely to rise back into the second place in the championship standings that he held before his one-round absence.

“I think they were trying to get a timeslot to race, so they were fighting for it but the German law is always very strict for noise and these types of things,” the Audi RS 3 LMS driver commented on the events of Saturday night.

“I was hoping that we would race, I was ready for it, so it was a pity we didn’t. Then I think there was discussions going on that maybe today even in the morning we would have a race. And then finally I got the answer at only the end of the day. It’s a pity.

“I would love to [have the race added to a later round]. Of course. Because the more races, the better. I’m a race car driver. That’s what we’re here for: make a show, make the fans love the series, and that’s how it is.”