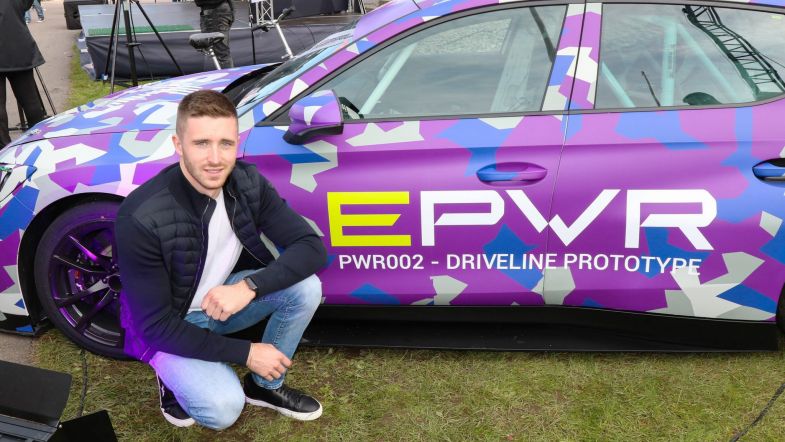 Former DTM and Formula E racer Joel Eriksson expects the new-for-2023 all-electric STCC cars to provide plenty of excitement and says the characteristics of the cars will put drivers to the test.

Eriksson conducted a demonstration run in the PWR002 electric prototype, which has been developed according to next year’s EPWR regulations, at last weekend’s Mantorp Park season-finale.

The Swede completed laps at near full pace around the Swedish venue, and enjoyed the experience.

“I think it will be a lot of fun for the drivers next year. The car does 0-100 km/h in under three seconds, so it’s quick. Also, it moves around a lot. That makes it quite challenging to drive, and it will probably be completely different to what the STCC’s had this year. I thought it was good fun, and great to see so many people coming out to watch here this weekend.”

Emil Axelsson of EPWR, the company in charge of building all the new 2023 cars, welcomed Eriksson’s feedback.

“I’m happy to hear him say that, because that’s exactly what the car was built to do,” said Axelsson.

“We want it to slide around a little bit and we want it to be exciting to watch, the entertainment is one of the core pillars of the regulations along with relevance for the automotive industry and its current electric revolution.”

The introduction of the new electric platform will mark the end of the STCC’s current era under the TCR Scandinavia lease, making the Swedish championship the first national touring car series in the world to embrace a fully electric rule set.