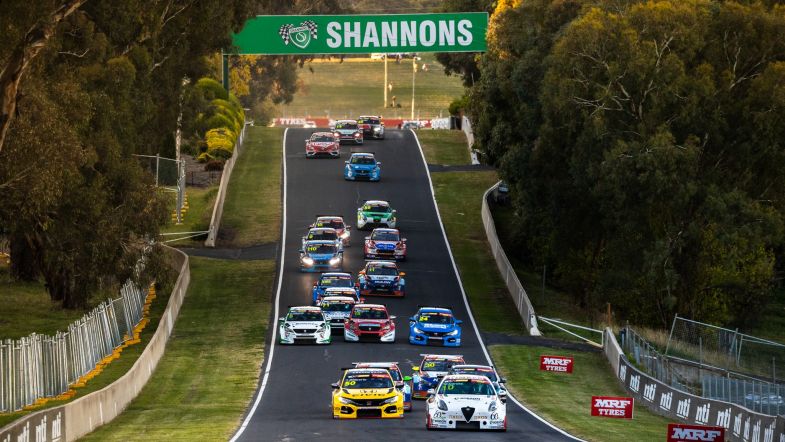 Part of the 2023 TCR Australia calendar will be included in the new TCR World Tour next year.

“WSC can confirm that the global calendar for TCR World Tour will be released shortly and that Australia will form a key part of that calendar,” said Marcello Lotti, president of WSC, the TCR rights holders.

“Australia has consistently been one of the most exciting and professional TCR series and we are delighted to acknowledge this by bringing the benefit of a global audience and the TCR World Tour to Australia.”

The number of rounds or the venue(s) in Australia is yet to be confirmed, but speculations suggest the Bathurst International race could be included, a race Lotti will attend this year.

“This is a very major achievement for Australia to feature as part of the new TCR World Tour Series, it’s a significant commitment by WSC and the teams to come here and compete at our venue(s) and is a great opportunity for our own drivers to show case their talent to a global audience and potentially create new opportunities as a result,” said Liam Curkpatrick, chief operating officer for the Australian Racing Group.

“This is testament to our teams and drivers who have made the opening few seasons of competition down under one of the most regarded TCR series in the world.

“It is also pleasing to see the increased driver pathways that we are now seeing with the resumption of international travel; This has included Aaron Cameron competing in the FIA World games in TCR, Nathan Herne in the USA competing in Trans AM along with international drivers and now the TCR World Tour Series coming to Australia.

The 2023 TCR Australia calendar is yet to be confirmed, but the 2023 SpeedSeries calendar has been released, the parent series of TCR Australia: