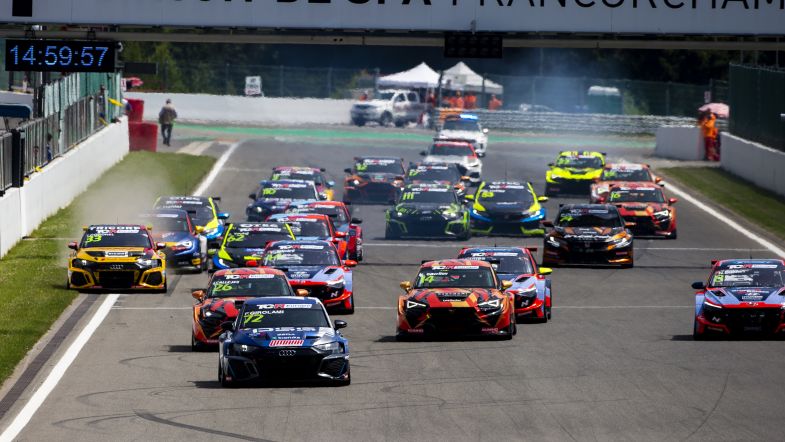 The first three races of the inaugural TCR World Tour season will be held together with TCR Europe, meaning a season start at the Autódromo do Algarve in Portugal on April 28-30.

“We are extremely proud for this opportunity to be part of this new chapter of global Touring Car competition from its very start,” said TCR Europe promoter Paulo Ferreira.

“The TCR World Tour is going to strengthen TCR racing even more by fostering relationships between the different series around the world. I am sure that TCR Europe and its stakeholders will benefit greatly from this cooperation.”

The second race will be held at Spa-Francorchamps in Belgium on May 26-28, with Hungaroring hosting the third round on June 16-18.

“We are very pleased of this agreement with TCR Europe that rewards the long-standing cooperation between WSC and Paulo Ferreira,” said Marcello Lotti, President of WSC, the TCR rights holders.

“The choice of including three events of TCR Europe in the 2023 TCR World Tour was advised by both the appeal of the Formula 1 racetracks and the number of TCR cars based in Europe that will encourage the participation of drivers from overseas.

“In fact, we wish the TCR World Tour to make a significant impact on Touring Car competition at a global level and in this respect the addition of three iconic circuits like Algarve, Spa and Hungaroring to Bathurst that has been previously announced shows that we are going the right way. Interest in the TCR World Tour is huge from the drivers who aim to climb in the TCR World Ranking and qualify for the TCR World Final.”

A total of nine 2023 TCR World Tour race weekends is planned to be held, with four so far confirmed when including the previously announced round at Bathurst.

There is no official confirmation on the remaining five rounds other than that a further round will be held in Australia, two in South America and one in Asia – which has been indicated to be Macau by Lotti, pending travel restrictions.