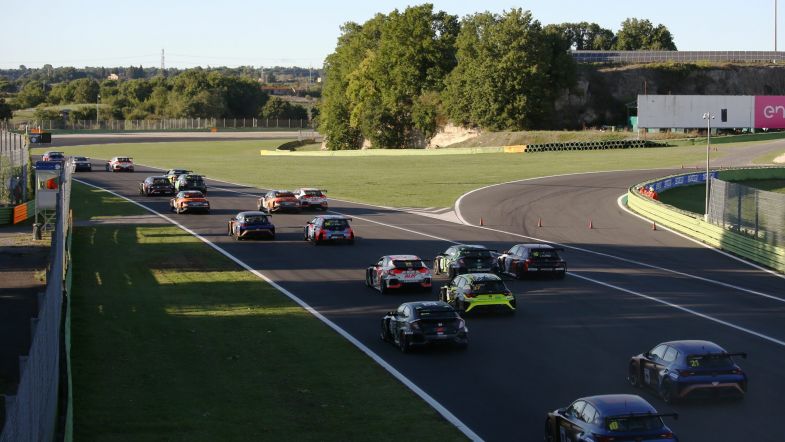 A fourth event on European soil has been added to the schedule for the inaugural TCR World Tour season after plans were confirmed for an event at Vallelunga.

ACI Vallelunga and ACI Sport will organise and promote the event on 9/11 June, which will see those cars signed up for a full season of TCR World Tour competition joined by up to 18 regulars from the TCR Italy series.

The Italian event will slot into the calendar after the opening rounds at Portimao and Spa, and is scheduled to run a week before the meeting at the Hungaroring.

With a race at Bathurst in Australia also planned, earlier suggestions have been that a further round will be held in Australia, alongside two in South America and one in Asia – most likely at Macau.

“We are delighted that Vallelunga joins the list of the venues that will receive the TCR World Tour in its maiden season,” WSC president Marcello Lotti said.

“We have excellent relationship with both ACI Sport and the circuit, and we thank them for their enthusiastic cooperation in bringing TCR World Tour to Italy. The track layout is one of those that suits better to Touring Car competition and one of the most demanding in terms of cars’ set up and driving skills, which always results in exciting races and lots of fun for the spectators.”

Marco Rogano, the CEO of ACI Sport, said he was delighted to be able to run a TCR World Tour event on Italian soil – and confirmed that the new event would result in a change to the TCR Italy schedule.

“We are very proud to welcome the new-born TCR World Tour within the frame of the ACI Racing weekends,” he said. “During the latest years, ACI Sport has done its utmost to help TCR competition growing at national level, achieving stunning results. We are happy to strengthen our bounds with the WSC Group giving our drivers the opportunity to compete in a world-level event.

“ACI Sport and Vallelunga have immediately started working to make this event possible and postponed the TCR Italy’s event to the mid of October.”