Here is the first part of the annual TouringCarTimes’ staff rundown of the top 30 drivers of the 2016 season. We will during the coming three days go through what we together rank as the top touring car drivers from the past season in the major national and international BTCC, DTM, STCC, TCR, V8 Supercars and WTCC championships. 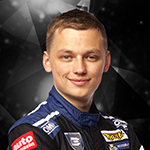 The first half of Mat’o Homola’s season was remarkable, as the Slovakian was impressively consistent and quick, with his championship challenge only starting to lose momentum from Sochi. He briefly led the championship after his first and only win of the year at Oschersleben, and will be a certain threat with a year’s experience behind him next year. 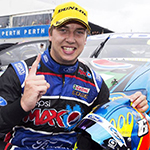 2016 became a winless season for Chaz Mostert who, just as his team-mate, came from a very strong season last year. The big crash at Bathurst last year might have been part of it, but there is no doubt that Mostert will be higher up in the ranks both in the championship and in our list in the coming years. 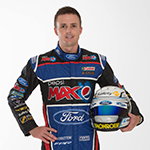 Last year’s champion dropped from first to sixth in the 2016 V8 Supercars Championship. Really strong pace was mixed with mistakes and problems, dropping him on our list as well. But just as his team-mate in the position below, Winterbottom will most likely climb both lists for next year. 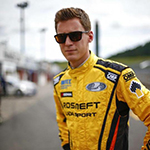 In his first full year in the WTCC, Catsburg continued to show great speed, demonstrating his value as one of the front-runners. The Dutchman briefly held second in the standings, and though the unpredictable Lada was never going to keep him up there, he still delivered strongly, especially in qualifying, but the season’s highlight came in what is now Lada’s and the WTCC’s last race in Russia, dominating in the wet. It’d be a shame if Lada’s withdrawal is where we see his WTCC career end. 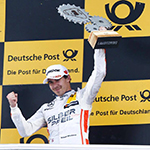 The Canadian was a strong contender for the title and the point-man for Mercedes throughout the season. Two wins in Zandvoort and Moscow brought him to the top of the standings, but Wickens made a few errors towards the end of the season, leaving him out of title contention after a costly mistake at the Hungaroring. 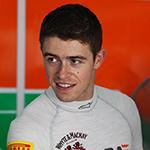 A strong start of the season allowed the Scot to be in contention for the title for most of the year, at times becoming a possible alternative choice to team-mate Robert Wickens. 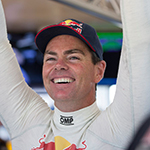 V8 Supercars legend Craig Lowndes could not match his team-mates and dropped outside the top three of the championship at the end of the season. Lowndes still showed that he is one of the very best touring car drivers, and that he is not to be excluded in the top fight predictions for the coming seasons. 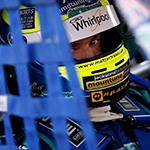 The 2016 season was another strong one for Jackson who would lead more laps than anyone else and shared the record for the most wins. Sadly for him, luck wasn’t always on his side and failing to score on six occasions would cost him dear. Despite that, he was in the mix until the end and will be amongst the favourites for 2017 if he returns with Motorbase’s Ford Focus.

Rescued by Lada, the Italian was almost as much the team’s engineer as he was the driver, with his two team-mates Nicky Catsburg and Hugo Valente confessing they learned a lot from the 54-year-old, who seems to be back on a roll. Two wins, one through just knowing how to set-up the tricky Lada Vesta at Moscow, and the other through a mix of strategy and pace at Lada’s final appearance in Qatar were fantastic surprises, and hopefully not the last the Italian will deliver in the WTCC. 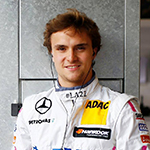 It was a solid season for the young Austrian, raising his and Team Mücke’s game with victory at the Lausitzring. At the Nürburgring and in Budapest he was the fastest Mercedes, and the only driver for the marque to cross the finish line in all 18 races this season.