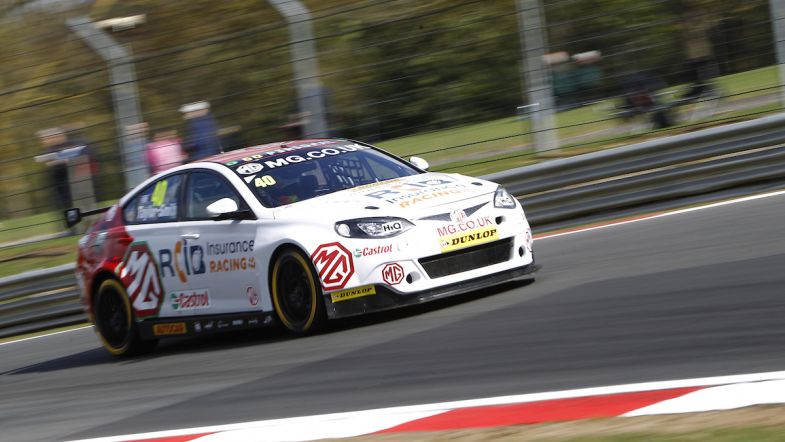 The AmDTuning.com team is to expand for the 2018 BTCC season after announcing that it will field the two MG6s previously raced for Triple Eight for the year ahead.

The two cars will run alongside the Audi S3s that have already been confirmed for Ollie Jackson and Sam Smelt in a move that sees the team turn its focus solely onto touring car competition – having also run cars in GT competition in recent seasons.

Talks with potential drivers for the cars are ongoing, with TouringCarTimes understanding that at least one previous BTCC race winner is in contention for a seat.

“The BTCC is a fantastic series to be involved in, so when the chance to expand our team and run the MGs this season came up, it was an opportunity we grabbed with both hands,” team boss Shaun Hollamby said. “This is a big season for the BTCC as it celebrates its 60th anniversary, and we are delighted that we will be able to play our part with an expanded presence on the grid.

“The MG has been one of the most successful cars of recent seasons, with countless wins and podiums, and we are keen to try and add to that during the year ahead.

“We have already started work on a development programme with the cars to ensure they are ready and raring to go, and are in talks with a number of potential drivers about filling the two seats.

“Everyone involved with the team is hugely excited by this deal, and we are looking forward to getting the cars out on track and fighting for success on four fronts during the year ahead.”

With the two MGs, and the TBLs required to run them, having now moved away from Triple Eight, it remains to be seen whether or not the multiple championship winning outfit will appear on the grid this season.

Triple Eight has featured on the grid every season since 1997 having originally run Vauxhall’s works programme before the introduction of the MG in 2012.