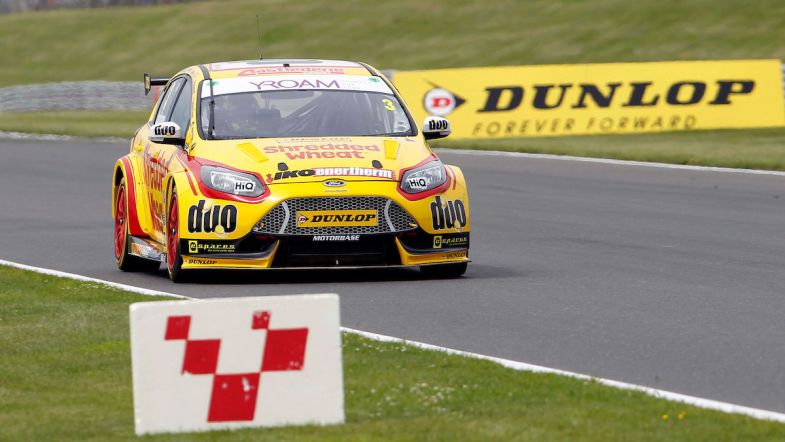 Motorbase keen to move on from Mat Jackson saga

Motorbase Performance boss David Bartrum says the team is keen to put the recent split with Mat Jackson firmly in the past as the Ford squad moves towards finalising its driver line-up for the 2018 BTCC season.

Despite naming Jackson in one of the two Team Shredded Wheat with Gallagher cars at the Autosport International Show, Motorbase then announced that it was to part company with the 36-year-old after eight seasons earlier this month.

Both the team and Jackson have remained silent on speculation into the reasons behind the split, with a number of rumours having surfaced in recent weeks.

Although not going into the details behind the decision, Bartrum has now penned a lengthy blog to address the issue on Motorbase’s website, blaming an ‘irrevocable breakdown’ in the relationship between the two parties that ‘couldn’t be resolved’ despite extensive talks to try and find a solution.

“As has been well documented, we announced Mat Jackson as part of the Motorbase line-up at this year’s Autosport show in good faith, to the motorsport world, public, fans and also team sponsors and partners,” he wrote.

“We worked incredibly hard over the winter to put together a competitive package for the 2018 season. We have completely re-worked the Focus and I was genuinely the most excited that I have ever been with our driver line-up, with Tom Chilton and Sam Tordoff alongside Mat.

“Everyone within and involved with the team truly believed we had the full package and our strongest chance to date of challenging for the BTCC title.

“Regrettably, for reasons that we are not willing to bring into the public domain, the relationship between Motorbase and Mat broke down irrevocably shortly after this announcement and despite our best efforts to find a way of continuing to work together over a number of weeks, it became apparent that differences could not be resolved and we had to part ways.”

Bartrum did however quash talk that the team had released Jackson from his contract for reasons linked to the signing of Tordoff, which was revealed days before the split with Jackson became public.

“The recent reporting that Motorbase had terminated Mat’s contract with immediate effect unfortunately did not convey the full story,” he said. “It was most certainly not the case that Mat left Motorbase because of any budget or sponsor clashes, nor was it in anyway connected to the signing of either Tom or Sam.

“To further clarify, and so that there can be no ambiguity around the fact, Sam’s contract was finalised weeks before the planned announcement of his return to the BTCC.

“As much as we understand that fans of the team and also of Mat will want to know the full ins and outs of what went on, there are simply some things that should remain behind closed doors.

“All I wish to say is that loyalty and integrity are the main qualities that I look for, both in business and friendship and I made the best decision available to me, my staff and everyone else involved with the team to ensure the continued success of the Motorbase team.

“I am genuinely sad to see Mat leave after so many successful years together, I have a lot of very fond memories both on and off the track and I wish him and his family all the best for the future.”