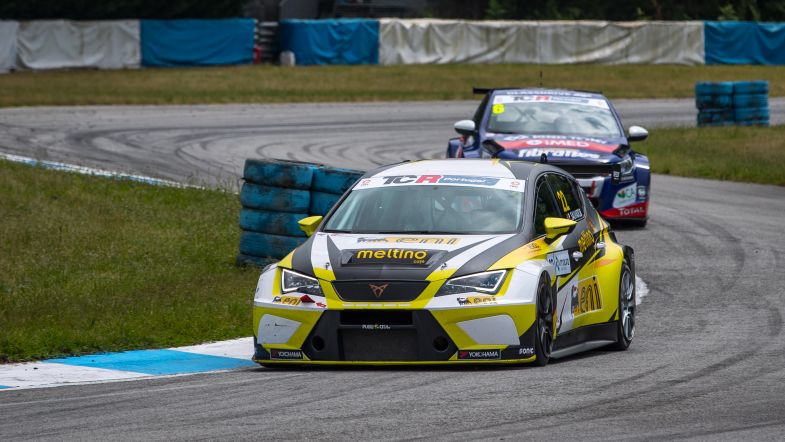 Pedro Salvador, at the wheel of a Cupra TCR, continued his dominating form in the TCR Portugal series, taking his fourth victory of the season at Braga.

Salvador took advantage of his pole position on the grid to take the lead at the start of the race, followed by Francisco Carvalho’s Audi RS 3 LMS.

The positions remained stable during the race, with Manuel Giao (Kia Cee’d TCR) closing the gap to Abreu in the second half of the race.

At the chequered flag Salvador took his fourth consecutive victory of the season, also taking an extra point for setting the fastest lap of the race, with Carvalho and Parente completing the podium.

Abreu was fourth after Giao’s had to enter the pits due to a technical issue with his Kia. Joao Sousa, at the wheel of the sole SEAT León Supercopa MK2 of the TCC class, didn’t start the race.

Salvador has 126 points in the championship, with Carvalho 40 points behind ahead of Race 2, scheduled for 17:25 CEST today.