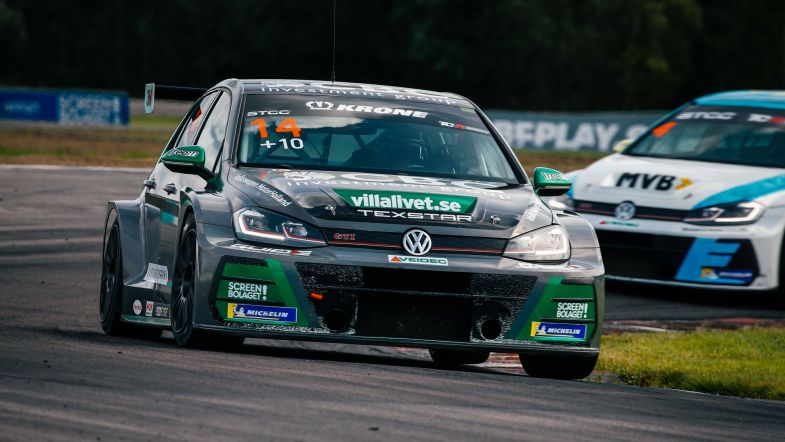 WestCoast Racing team owner Dick Jönsson Wigroth has stated to Hallandsposten that the TCR Europe series has priority over the STCC in their efforts for 2019 due to the controversial exhaustgate earlier this year.

“It’s nothing to hide, it is our priority to drive there (TCR Europe) next year,” said Jönsson Wigroth to Hallandsposten.

“That (exhaustgate) is one of the reasons that I am not interested in putting that much energy in driving at home, if I’m completely honest. We have to know that we are driving on the same terms to run a programme like this. Or do I need to budget for a bunch of lawyers as well?”

WestCoast Racing filed the first protest against PWR Racing’s cars over their exhaust system after the first race at Karlskoga, a process that was not ended until just over two weeks ago when they dropped their appeal.

“It became a massive flop. In the end, I had neither time nor money to run the matter any more, we backed down in the end. It all ended with things not focussed around the key question, but rather the lawyers of PWR only working on finding errors done by the Federation (SBF),” said Jönsson Wigroth.

Another reason for WestCoast Racing to look elsewhere for 2019 is the lack of race weekends in the STCC.

“You can’t run professional racing on six races. You have to race a lot more and drive minimum 10-12 weekends to get it to work. Right now I am not that keen on the STCC if I’m honest, but one should never say never,” said Jönsson Wigroth.

The team made their comeback to the STCC this year but had a struggling season with their lead driver Fredrik Ekblom finishing sixth overall with a second place at Falkenberg as his best result.

“We got a rather difficult start to the season. We had a difficult time to get going, there was often a miss from the team or a miss from the driver and it was a tough year all the way. Looking at the end result, it is among the worst seasons we have done over the years,” said Jönsson Wigroth.

Jönsson Wigroth states that the chances are currently 50/50 for him to secure a TCR Europe programme for 2019.

“It is 50/50 right now. It is one thing to hope and want to, but it needs to work financially. And if we are going to be there we want to be competitive, we are not in it to just be part of it,” said Jönsson Wigroth.

WestCoast Racing ran full season in the 2018 STCC and TCR UK series, as well as taking part in the TCR Europe season finale.