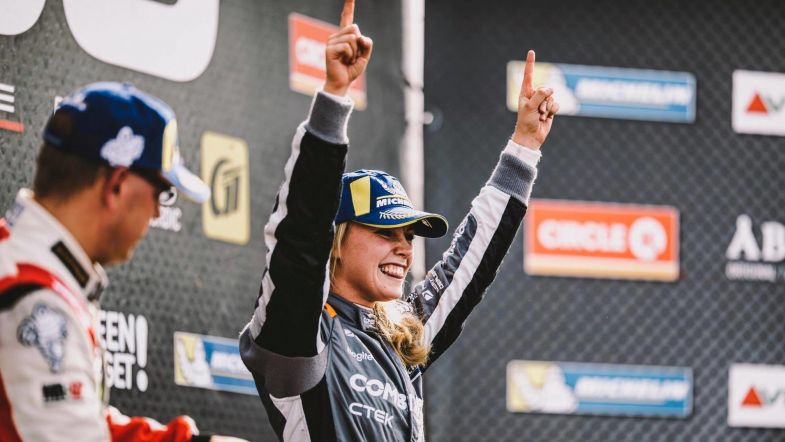 The Swedish motorsport authority, the SBF, has upheld the appeal of PWR Racing which was filed in respect of their exclusion from the Karlskoga round of the Scandinavian Touring Car Championship last month, which hands Daniel Haglöf and Mikaela Åhlin-Kottulinsky back their race victories.

The decision from the Disciplinary Board of the SBF stated:

“The Disciplinary Board has not found anything that would support an error according to the homologation to use this combination of the exhaust that has been disqualified and then referring to paragraph 6.6 and technical form no. 35.”

“The Disciplinary Board has not found anything in the regulations that the Low Noice system must be used to pass 95 db, as the requirement is in Sweden. The noise measurement available on the circuit has not resulted in any in any remarks or added time penalties. With these reasons the decision shall be assent and the drivers shall be reinstated in the result lists on the positions they were at the finish of the race.”

Haglöf had led a 1-2 finish for the team in the first race, while Åhlin-Kottulinsky made use of the reversed grid pole in Race 2 to leap away from the MA:GP Honda Civic TCR of Mattias Andersson to secure her first race victory in her second season in the championship.

The team’s Cupra TCRs were thrown out of the races by the officials following a protest, which found their car wasn’t running in direct compliance with the homologation paperwork, with the noise reducing mufflers missing from their exhaust system.