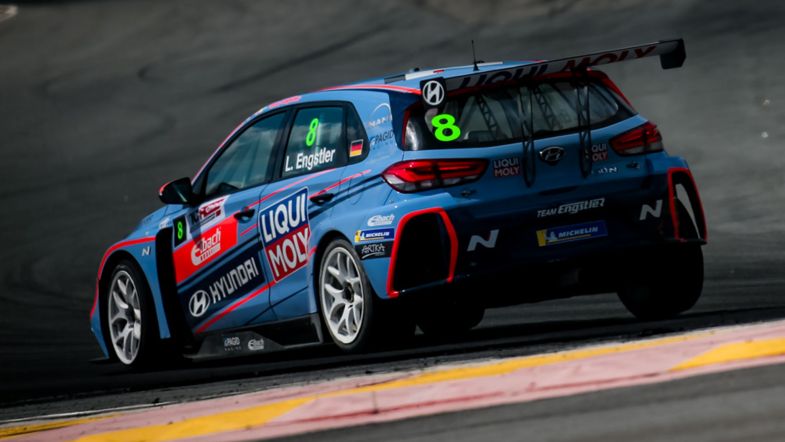 The race took place on a wet track, although rain stopped falling over Zhuzhou just before the start.

Engstler took the lead at the start of the race ahead of Honda driver Martin Xie, who overtook Lloyd at Turn 1. MacPro Racing driver André Couto settled in fourth position, ahead of Huang Chu Han, driving an Audi RS 3 LMS.

At the front, Lloyd kept registering personal best laps, but was unable to close the gap to Engstler who had extended his lead to three seconds.

The positions remained stable for the remainder of the race, as drivers started looking for the wet patches on the track to cool the rain tyres.

Engstler took his third win of the season as the chequered flag fell. Lloyd crossed the finish line in second place, followed by Couto, with Xie in fourth position.

His team-mate Mike Ng, driving a Volkswagen Golf GTI TCR, claimed ninth position while Zhang Zhen Dong was classified as tenth with the sole MG 6 TCR of the field, having retired to the pits with one lap to go.

Huang Chu Han leads the championship ahead of tomorrow’s final race with a 14-point gap over Dongfeng Honda driver Lloyd. Race 2 is scheduled for Sunday at 11:20 local time, 05:20 CET.