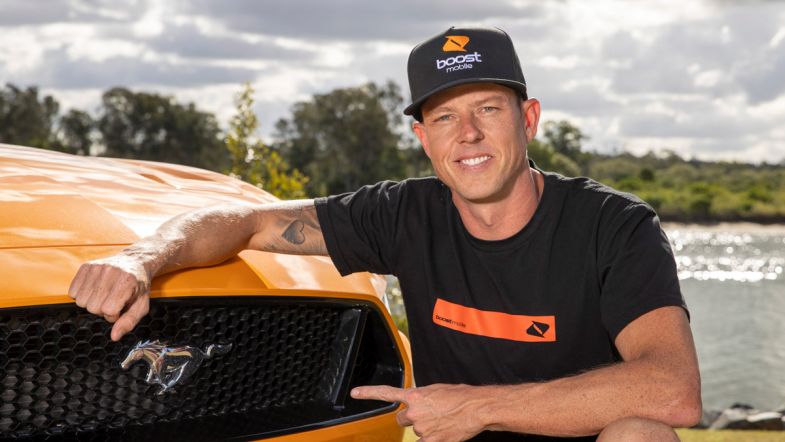 James Courtney is back in the Supercars Championship, signing for Tickford Racing ahead of the season restart next month.

“The last time I stepped out of a Ford I was champion, so stepping back in brings some good memories,” said Courtney.

“It does bring you some warm feelings. I’ve obviously had some great results with Ford and coming back brings back all those fond memories, hopefully we’ll create some more in the Boost Mobile Ford Mustang.”

The 39-year-old had signed for Team Sydney ahead of the 2020 season but made a controversial exit from the team after the Adelaide season opener.

“Given the way my last few months have gone, I couldn’t be happier with the outcome,” said the 39-year-old.

“From the end of February up until now my world’s been upside down and all over the place. To come out of that situation with this opportunity, I’m very happy.

“I see a lot potential in what we can achieve together and I’m looking forward to racing for Boost Mobile Racing and working alongside the incredibly talented team at Tickford Racing.”

Courtney will take over the vacant Ford seat left by 23Red Racing and Will Davison following their departure from the championship.

“Certainly it’s unfortunate what has happened with Will and 23Red. It’s a tough situation, but when one door closes another opens, and I’m just grateful that Boost Mobile have come onboard and tapped me to continue in growing and building Boost Mobile Racing,” said Courtney.