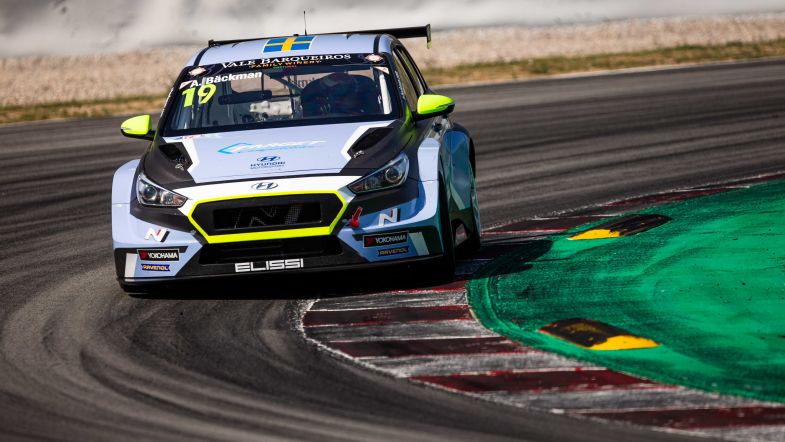 Andreas and Jessica Bäckman will remain with Target Competition for the 2020 TCR Europe season having been announced as members of Hyundai’s Customer Racing Junior Driver programme for a second year.

The Swedish pair are two of the four drivers signed up to the programme for the new campaign and will continue in the European series along with Hungarian racer Dániel Nagy.

Andreas Bäckman finished fourth in the standings last season after a solid campaign that included a victory at Catalunya, and will aim to improve on that during the season ahead.

“It feels super exciting to be one of the few chosen racing drivers in the Hyundai Motorsport Customer Racing Junior Driver initiative once again,” he said. “We are truly honored that Hyundai Motorsport keeps believing in us and we will do everything we can to make this year the best so far.”

Sister Jessica meanwhile secured a podium finish at Hockenheim and also secured solid results in both Scandinavia and Germany before going on to take a top six finish in the end of year FIA Motorsport Games.

“The opportunity gives us the best possible conditions in order to develop as drivers and eventually reach our goal: to compete in FIA WTCR against the best touring car drivers in the world,” she said.

Target had already announced the signing of José Manuel Sapag for 2020.