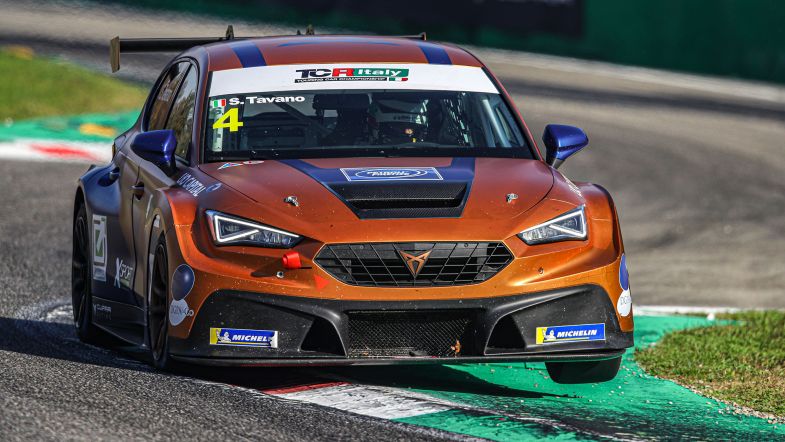 Salvatore Tavano has inherited the TCR Italy championship title following a ruling in the Italian Sporting Tribunal, with Eric Brigliadori being demoted to second position in the final standings.

Tavano and Brigliadori finished on the same championship points after the season finale at Imola last weekend, with the Audi driver announced champion as he had more race wins.

However, PMA Motorsport driver Felice Jelmini won an appeal in the Italian Sporting Tribunal today against his exclusion from the first race at Misano in August.

Jelmini had been stripped of victory in that race as his Hyundai i30 N TCR failed a post-race control, handing victory to Brigliadori.

The new result means that Scuderia del Girasole Cupra Racing driver Tavano is the TCR Italy champion for the third year in succession, a mere four points ahead of Brigliadori.