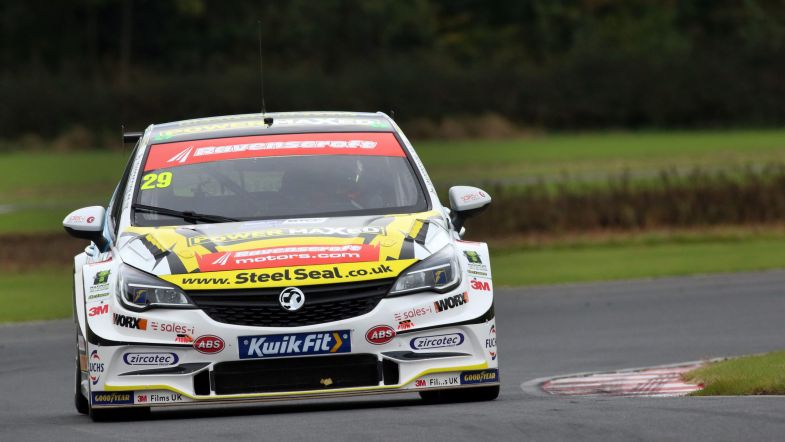 Power Maxed Racing has announced the signing of Jac Constable as BTCC development driver for the 2021 season.

Constable was due to race with the team at Croft last season before falling ill with appendicitis, but will now retain an involvement with the Vauxhall squad through his new role.

Whilst he will undertake a race programme in TCR UK in one of Power Maxed’s Leon Cupras, Constable will also work with the team on development of the BTCC Astra and will take part in a series of tests across the campaign.

The ultimate goal is to then see Constable progress into a race seat for the 2022 season.

The identity of the second race driver for 2021 alongside Jason Plato has still to be confirmed.

“The decision to postpone the start of the season has given us more time to make sure we do the right deal for our second driver this year,” team boss Adam Weaver said. “With JP’s win at the end of 2019 and the extensive development process the cars have undergone during the winter break, we’re quietly confident of some great results this season and are looking to ensure that whoever takes the seat is capable of racing at the front straight out of the box.

“I’m really looking forward to working with Jac as part of the Development Programme – he slotted into the team perfectly last year, showed a lot of potential at his test and will be a valuable asset over the years to come.”

Constable himself said he was pleased with the opportunity to join the team in an official role.

“When I had the call from Martin Broadhurst offering me the Development Drive I was over the moon!” he said. “I’m so excited to be helping Power Maxed Car Care Racing in the push to challenge for BTCC titles, and I’m looking forward to getting stuck in. This will be my first year racing front-wheel-drive, and I’m relishing the challenge.

“What better way is there to attack my first season away from rear-wheel-drive than with PMR’s guidance and experience? The team helped me get my first taste of the BTCC last year at Croft, and with this new Development Driver role, I’m one step closer to progressing my dream of joining the BTCC grid.”