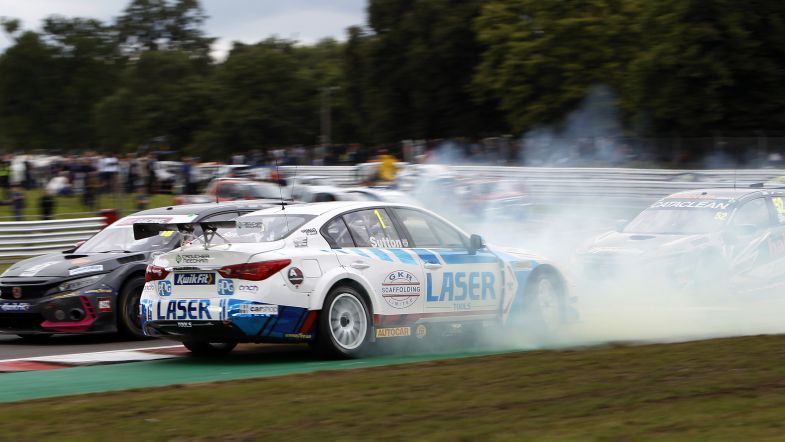 Ash Sutton: “I’ve no idea how we’ve kept the lead”

Ash Sutton admitted he was unsure how he had retained the lead in the BTCC standings on a chaotic weekend of racing at Oulton Park.

Sutton struggled to a best finish of eighth in the three races, having run off track early in the race one and been left with a 14th place finish – a race stoppage providing him with the chance to catch the pack ahead.

After that eighth place in race two, Sutton hit the front in race three before another stoppage saw the grid reset, and then on the second attempt at getting the race underway, the Laser Tools Racing man was tipped into a spin at turn one and then knocked off into retirement at Cascades.

Despite that, a wretched weekend for Tom Ingram behind means Sutton retains a five point lead in the standings, although Dan Rowbottom had closed in behind after a race winning weekend for the Team Dynamics man.

“We’ve somehow managed to keep the lead, and it just shows that even when things don’t go your way, it can be the same for others,” he said. “Obviously Dan Rowbottom has had a stormer and is now right there, but if we’d not had such a messy race one then it could have been very different.

“It looked like we could have salvaged something good from race three but it all kicked off and it didn’t go to plan. We’re still leading the championship somehow but I’ll take it.

“We should have got the win in the final race and with the bonus points we could have picked up 22 there to be a good chunk it front. The gap is only small instead, and we’ve just got to push on.”