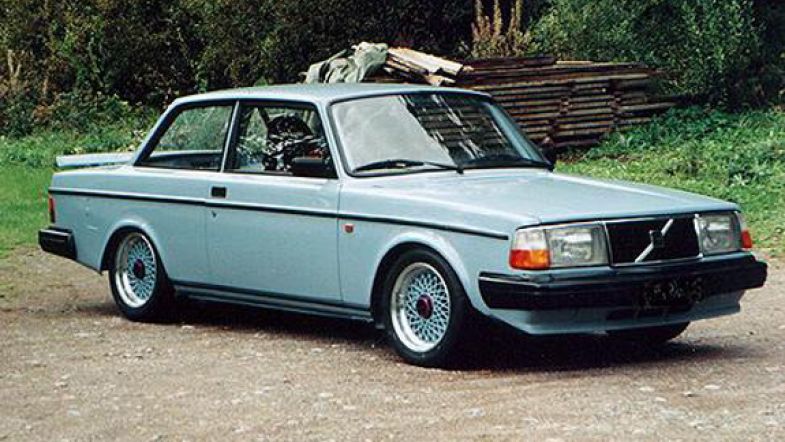 This is the second article in the series “The Road Cars of Touring Car Racing”. Last week we had a look at the Alfa Romeo 155 Silverstone, this week it is time for the Volvo 240 Turbo Evo, yet another model sprung from the touring car racing scene. The model was supposedly built in 500 examples due to regulation requirements. But did the cars ever reach the customers and what were special about them?

Volvo went in to the racing scene with the 240 Turbo model in the mid eighties. The regulations were called “Group A” then and consisted of three different divisions:

The first ever appearance of the 240 Turbo in Group A was in 1982 during the ETC Tourist Trophy in the hands of Anders Olofsson, Greger Pettersson and Per-Gunnar “Peggen” Andersson. The car, run by Sportpromotion, was not in complete Group A specification then, but rather a modified Volvo 240 Turbo Cup car.

The real success came the year after, in 1985, when Team Eggenberger won the FIA European Touring Car Championship, with drivers Thomas Lindström and Gianfranco Brancatelli, after a hard fight with a Tom Walkinshaw Racing prepared Rover 3500. Walkinshaw ironically came to run Volvo’s next big motorsport program in the mid nineties in the British Touring Car Championship.

But to get to the top of the Group A racing scene, modifications of the standard Volvo 240 Turbo had to be made. This was the reason for the Volvo 240 Turbo Evolution model to be built in 1983.

One of the main concerns for the 240 Turbo model was its lack of power compared to its competitors. This is where the 240 Turbo Evolution model came in with a bigger turbo, intercooler, water injection and a rear spoiler. 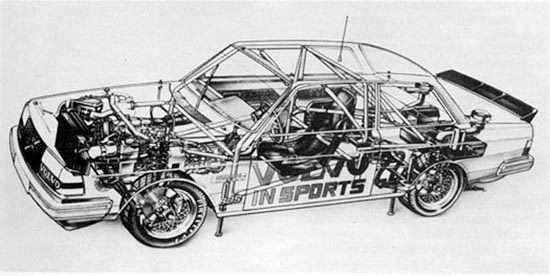 The rules, maintaned by the organisation FISA (fisa is a word that actually means ”to fart” in swedish, and the swedish word ”fart” means speed, editors note), allowed for special homologation models, but they had to be built in at least 500 examples and the base model, that the special model was based on, had to be built in 5 000 examples.

And this is where it gets interesting. Volvo are said to have built 500 examples of the two door Volvo 240 Turbo Evolution model. But the cars that actually was sold to customers did not have any of the previously mentioned unique features, like bigger turbo, water injection and so on.

The story is that Volvo delivered the 500 cars to the USA. 23 of the cars were in actual Evolution specification and were inspected by FISA. The other cars did not have the special equipment and were sold as regular 240 Turbo models.

The 23 inspected cars were then supposedly sent back to europe and turned in to racing cars. 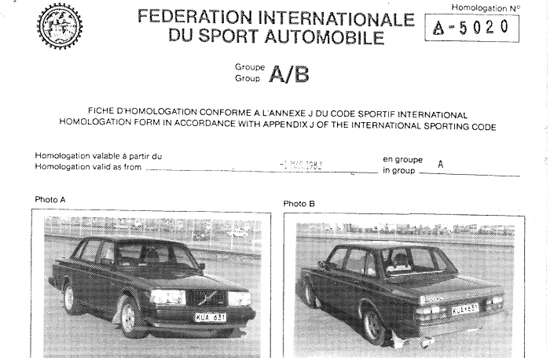 The stories of this soon reached FISA that tried to buy a Evolution car from Volvo, but did not succeed. FISA then required Volvo to release the names of the 500 owners. Volvo were initially unable to do this and FISA decided to withdraw homologation of the Evolution model at the beginning of September 1985 due to this.

After a while Volvo were able to produce a short list of Evolution owners in Sweden and FISA lifted the ban.

The road Volvo 240 Turbo Evolution models were specified to have 157 bhp at 5 100 rpm. The race cars had a lot more power.

The last versions of the factory RAS cars are said to have produced around 380 bhp using a Garrett AR T4 turbo charger with a boost pressure of 1.5 bar.

The 1986 RAS-run cars had a lot of interesting features. Traction control was one of them. The system was built for the RAS car of Peggen Andersson and Mauro Baldi. The system was tested but never used in a race as the team feared it could malfunction.

The system worked through wheel speed sensors that compared the speed of the front and back wheels. If the back wheels started to spin, resulting in a higher speed compared to the front wheels, the turbo boost pressure would automatically be reduced and the fuel supply would cut. This would stop the tyres from spinning.

The car fitted with the traction control system was reported to be faster than the normal car instantly when used ahead of the final European Touring Car Championship round at Estoril in 1986. 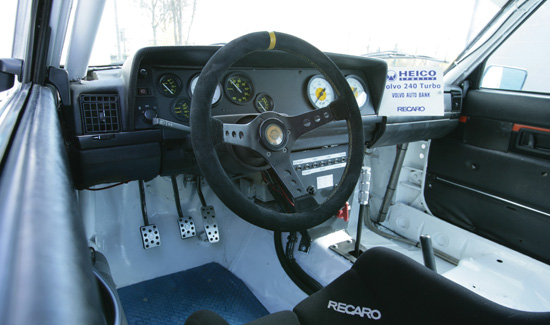 1986 was the final year with official involvement from Volvo. After the final race at Estoril Volvo pulled the plug and closed the Volvo Motorsport Division, despite having made plans with drivers and teams for the 1987 season.

After the withdrawal of Volvo, the remaining cars were run by privateer teams in the different touring car series around Europe and Australia between the years 1987 to 1990 notching up titles and wins. 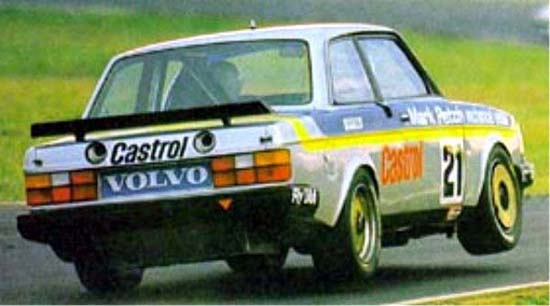 The Road cars of Touring Car Racing next week: BMW 320si E90 The article series continues next week with a modern car, the BMW 320si E90. The racing version of the car currently roams the tracks of the FIA World Touring Car Championship successfully. Read everything about the road car version of it and the special features of it!